The Bethok dapur is one of the early keris models originating from the Buddhist era in Indonesia (6th–9th century CE). It is a straight-bladed dapur type, which is shorter and wider when compared to the blade of other kerises. In general, the Bethok is characterized by the simplicity of its design. The only ricikan elements this keris features are a plain gandik and a wide and shallow pejetan, covering the base of the blade. However, a remarkable feature of the Bethok is that the ganja is separated from the blade, unlike the Jalak Buda, for example. Thus, it has been suggested, that early advances in developing initial forging techniques that were used for making the Buda and Jalak Buda kerises, has helped the empus of olden times to develop a technically more advanced dapur, i.e. the Bethok. 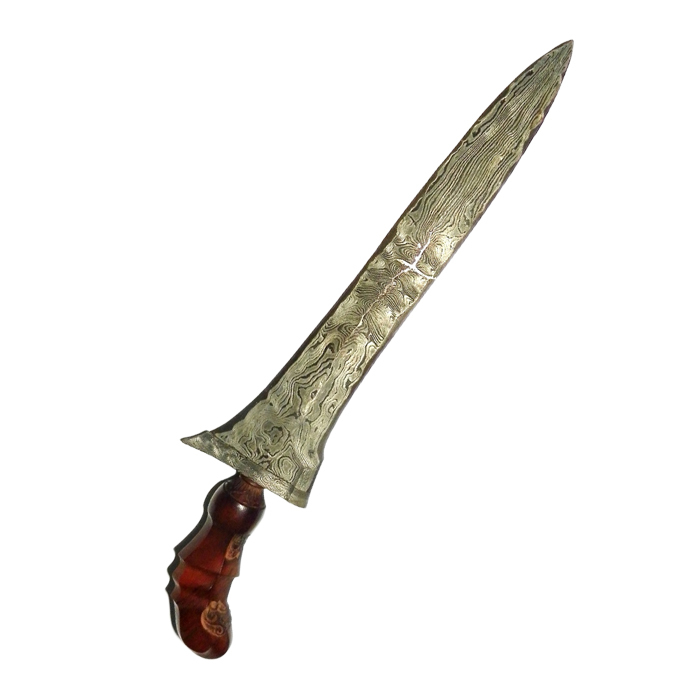 Due to the fact that the majority of Bethok kerises seem to have been made in the Buddhist era, this dapur therefore has become associated with a distant past. Hence, contemporary kerises (kamardikan) rarely, if ever, feature the Bethok dapur. A nostalgic dapur of this kind, however, has great potential to revive the invaluable cultural heritage of Indonesia. It is precisely for this reason that the Bethok dapur was chosen for this keris kamardikan, so that the ancient tradition can be preserved for future generations.

Though the dapur of the keris Bethok may be relatively unsophisticated in regard to its design, yet the pamor motif obviously is all but simple. The short and wide blade of this contemporary keris features pamor Triwarna, i.e. a threefold pamor motif consisting of the following patterns: (1) Pedaring Kebak; (2) Lar Gangsir; and (3) Adeg Sapu. Any keris which has more than one pamor pattern (e.g. pamor Dwiwarna and Triwarna) is considered extremely rare, not in the least because it requires extraordinary skills to be able to combine multiple pamor motifs within a single blade. Furthermore, the Lar Gangsir pattern is itself already considered to be extremely sophisticated, let alone when forged together with not one but two other types of pamor. Morever, the high-end pamor Triwarna is applied to one of the shortest keris blades around. 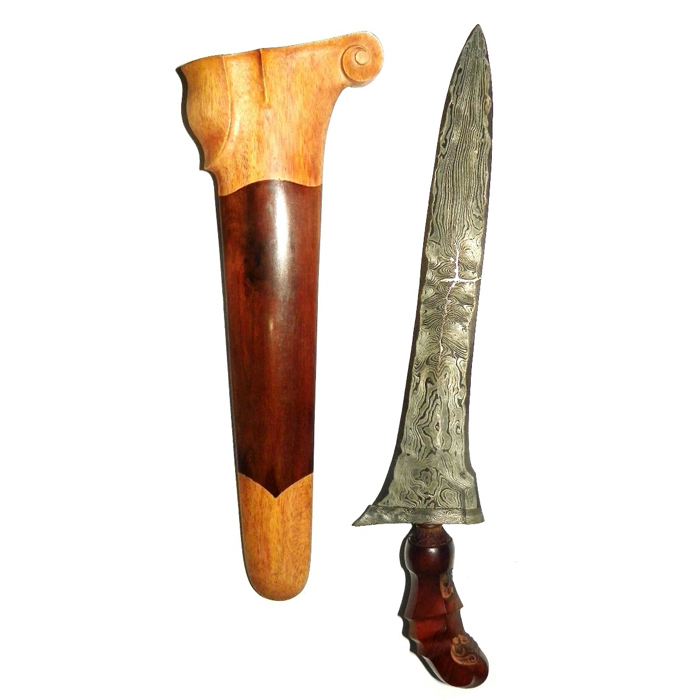