The ancient artifact keris brojol exhibits characteristic features of kerises made in the tangguh Singasari era (1222–1292), the heydays of Hindu-Buddhist culture and archaeology in East Java. Though the majority of pusaka heirloom kerises from the time of the Singosari Kingdom usually have a corroded iron blade and a faded pamor motif, yet the dark color and density reveal the high quality of sacred metals used at the time. Moreover, as a result of advanced forging techniques the blade has been kept relatively intact through the centuries. 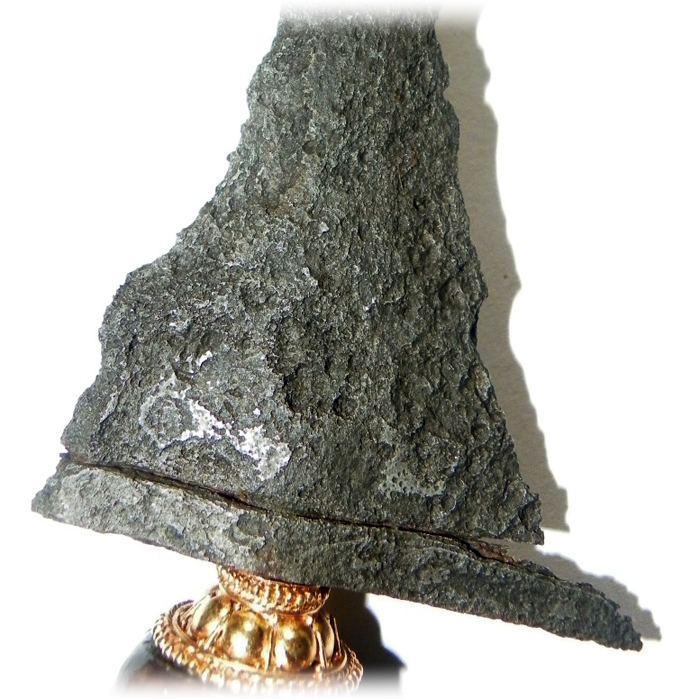 This ancient artifact keris brojol was found on the banks of the Brantas River near the city of Kediri in East Java. It is possible, therefore, that the keris has been made not in the Singosari era but rather during the reign of the Javanese Hindu Kingdom of Kediri (1045–1221). However, due to the lack of archaeological remains from the time of the Kediri Kingdom, it is hard to confirm the exact age of this keris. 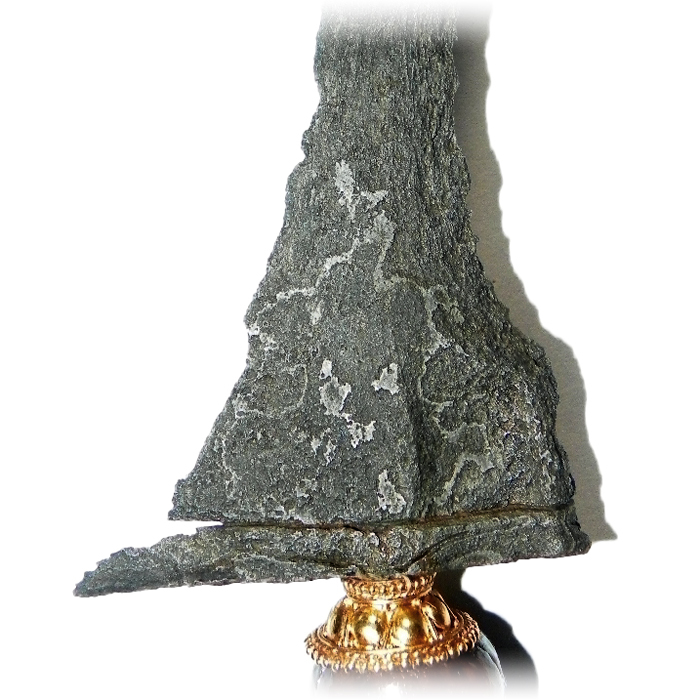 Another alternative could be that the keris originates from the tangguh Majapahit era (13th–15th century CE). This suggestion is based on the historical fact that the fall of the Singasari Kingdom and the rise of the Majapahit empire was assisted by the regent from Sumenep in Madura. Hence the traditional Madurese style of the sheath (warangka), cover (pendok) and hilt (hulu). Either way, it is obvious that the ancient artifact keris brojol is an authentic Indonesian heirloom of great historical significance and mystical value. 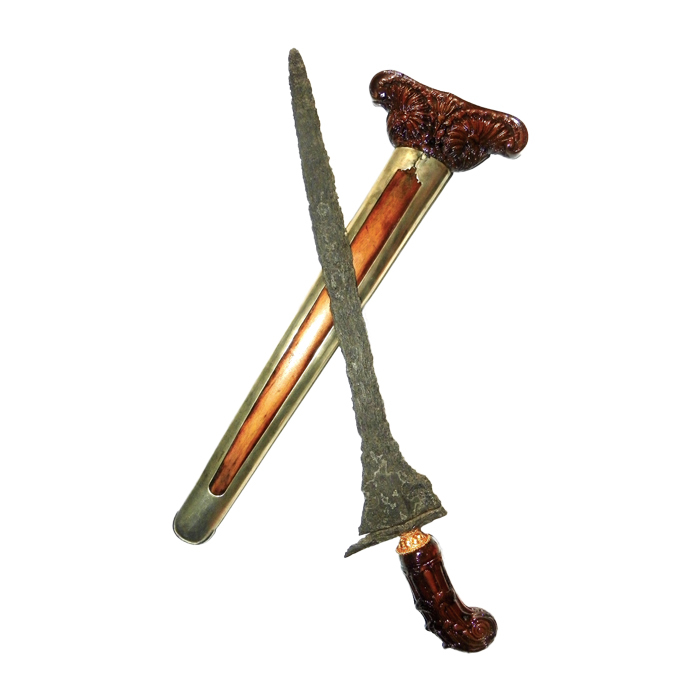