The keris Naga Sasra Kupu Tarung is a real masterpiece by empu Santo from Madura Sumenep, Indonesia. Empu Santo is a young and talented keris maker. His works always resemble the true mastery of a set of extraordinary forging skills. The keris Naga Sasra Kupu Tarung is no exception to this general rule, for indeed, it can be classed as a classical masterpiece of the highest range in the contemporary keris scene. 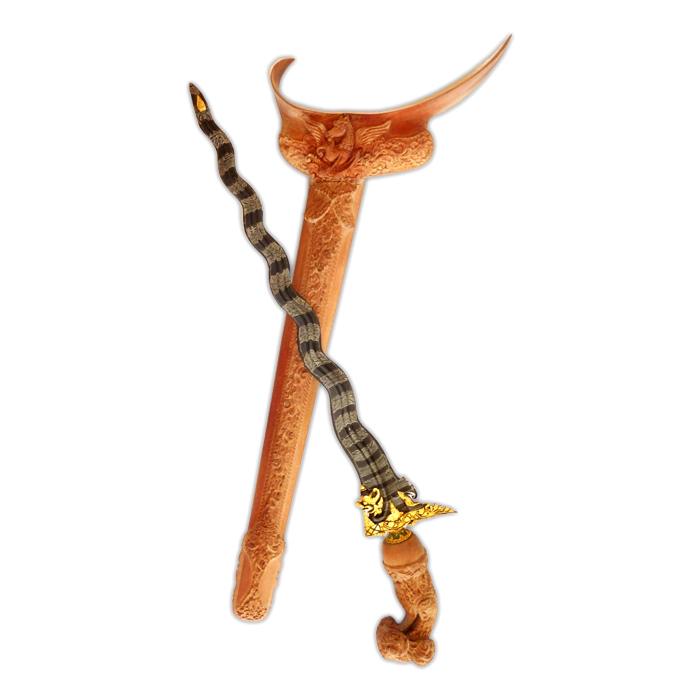 The dapur of this high-end keris kamardikan features the classical Naaå Sasra model, which represents the mythical någå creature (Sanskrit: ‘nāga‘). The face of the någå, as well as the tip of its tail, is gracefully decorated with a gold plated finish. In addition, there is a golden deer (kidang mas) seated on the base of the blade. On the ganja, below the golden deer, the keris is decorated with a gold plated flower motif. 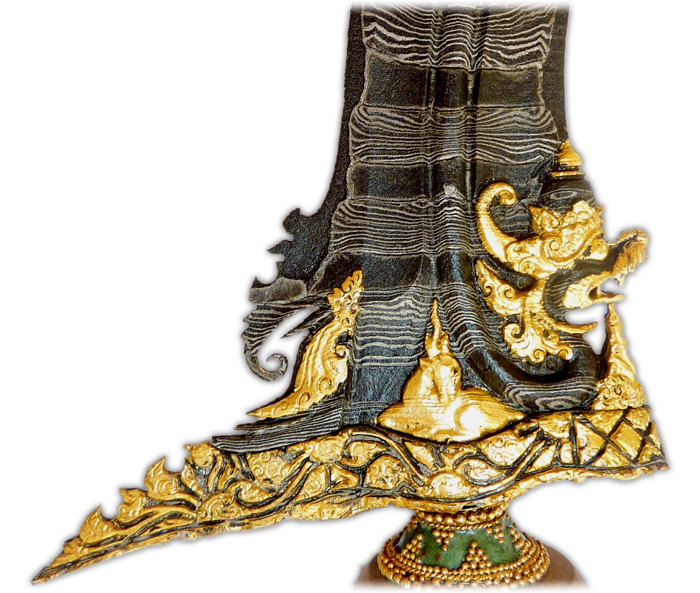 Through the course of time, the Naga Sasra has become an immensely popular dapur desired by many. Hence, contemporary empus still like to make the characteristic någå model as a sign of prestige. In ancient times, the Naga Sasra keris is said to have helped the Javanese to overcome all kinds of problems which occurred in the last days of the Majapahit Kingdom.

The keris Naga Sasra has been forged with the so-called ‘Kupu Tarung’ pamor pattern. This pamor motif represents the wings of a butterfly, covering the blade from the base to the tip. The Kupu Tarung pattern is forged using the pamor miring method, which creates a transversed pattern across the surface of the blade. Furthermore, it is classed as a ‘non-chosen’ type of pamor, which means that the keris Naga Sasra with its pamor Kupu Tarung is not reserved for just one type of person in particular, but rather it can owned by anyone.

It is believed, that the pamor Kupu Tarung possesses mystical powers which serve to enhance the owner’s social life. S/he will enjoy flourishing social relationships, for this particular dapur is generally known to increase one’s charisma and popularity. 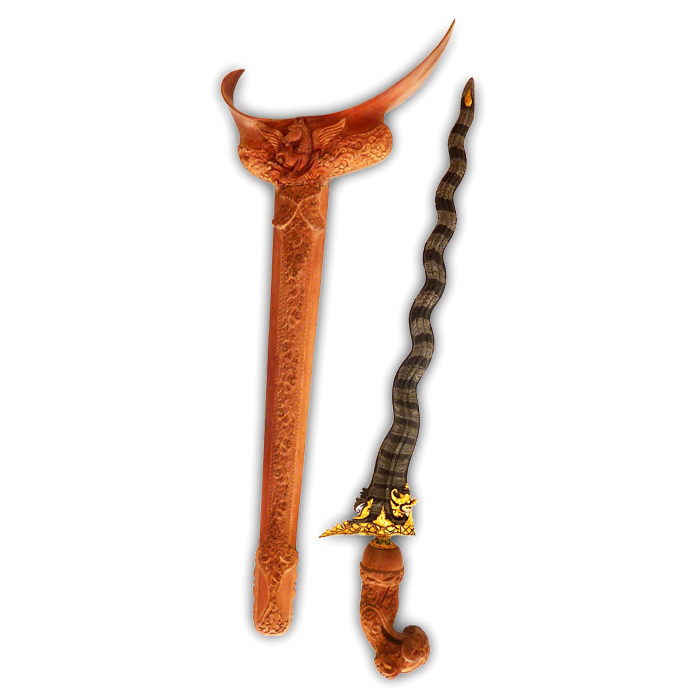