The so-called kalawijan type of kerises are a very special kind of dapur (model). A kalawijan keris has a rather unconventional design in the sense that the blade features a larger number of waves (luk) compared to the conventional standards. This means that kerises of this particular kind have more than thirteen luks. Any keris which exceeds the traditional number of luks is considered an absolute rarity indeed. In old times, empus (keris makers; i.e. smiths) only made such exclusive kalawijan kerises on personal request by people from the highest social class of traditional Javanese society (i.e. aristocrats and other elites). 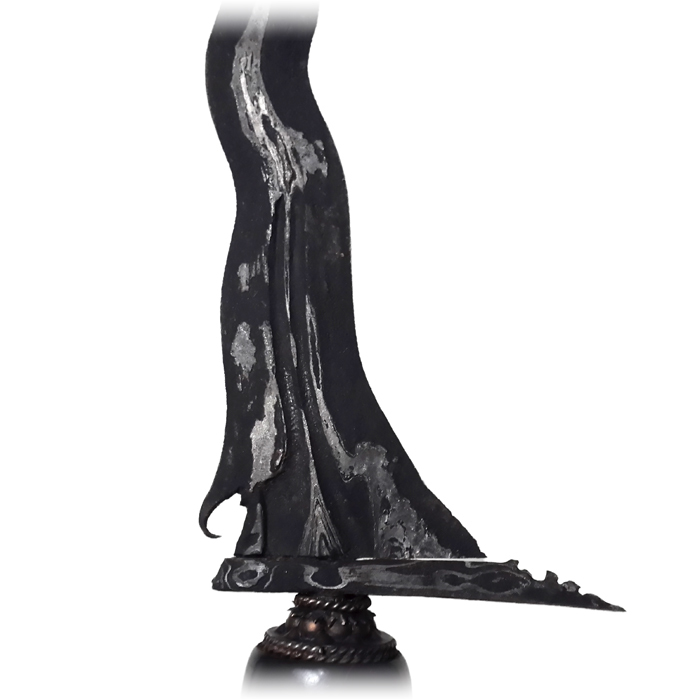 Apart from the many luks, this ancient keris has yet another rare and unique feature, namely the inverted sor-soran part of the blade. The first luk of a keris normally bends or curves inwards. In this case, however, this particular part of the blade – just above the kembang kacang on the gandik – is bent in opposite direction. Likewise, the tip of the sogokan in the center of the base of the blade leans backward instead of forward. Furthermore, an unusually wide ganja has been added at the base to compensate for the apparent aesthetic imbalance of the inverted sor-soran.

It is estimated that the Selekede dapur was forged around the end of the tangguh Mataram era (1582–1755). The skilled empus of the Mataram Sultanate were using highly advanced forging techniques during the second half of the eighteenth century, which resulted in the creation of true masterpieces of Indonesian material heritage. Moreover, in the eighteenth century metal materials of much higher quality had become available in Indonesia, as is also evident in the ornate pamor Ngulit Semangka pattern of this antique pusaka (heirloom) of Javanese origin. 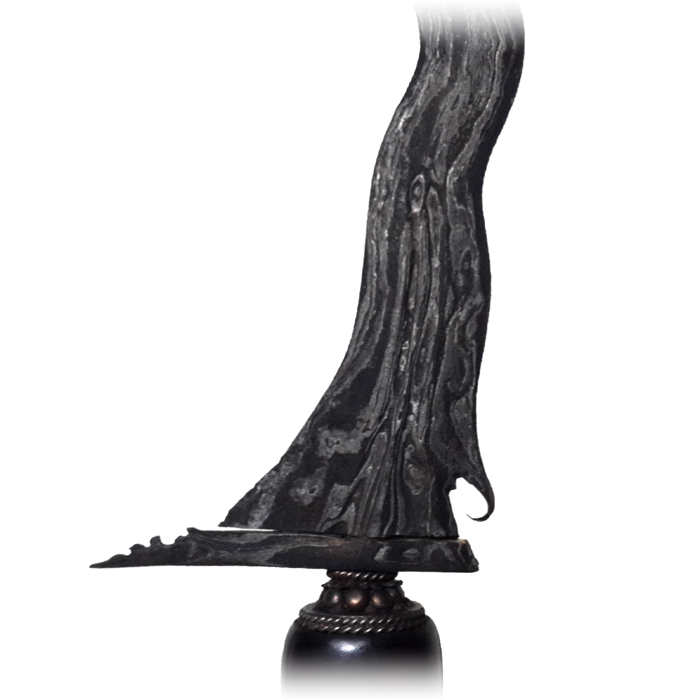