The Balebang dapur keris model normally features five or seven waves (‘luk’). Yet this particular version of the Balebang dapur has an impressive number of nine luks in total. Therefore the dapur is called Balebang Kencana. Balebang, or bale bang, is a sacred place in the royal palace of Surakarta designated for the Susuhunan‘s throne. Kencana, then, means ‘gold’ in both Indonesian and Javanese, which, in turn, is derived from the Sanskrit kāñcana. Thus, the name of this dapur refers to the golden balebang of Pakubuwono IV (1768–1820), hereditary ruler of Surakarta in Central Java, Indonesia. 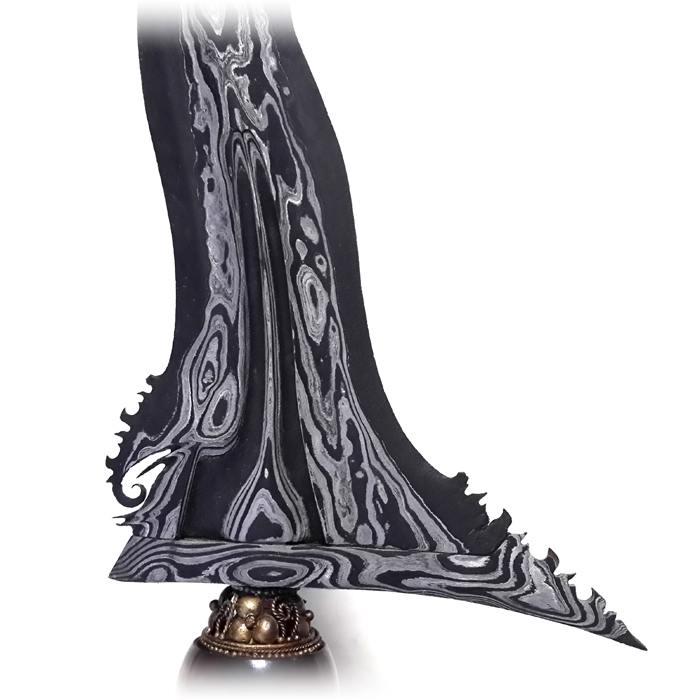 Indeed, this contemporary keris (kamardikan) is a top quality duplicate (Javanese: putran) of the legendary kerises made in the tangguh PB IV era (1788–1820). In fact, the keris kamardikan Balebang Kencana can hardly be distinguished from the ancient kerises from the time of Pakubuwono IV. When we asked several senior keris experts to give their opinion about this keris, they too thought this was an original keris from the tangguh PB IV era. The key difference between a mutrani (duplicated) keris and a real keris from the PB series is of course the price.

If this was an original PB IV keris, then it likely would have cost upwards of $5000 due the superb condition of the blade. But since an original Pakubuwono keris is simply beyond most people’s budget, this putran version offers a much more affordable alternative. And, therefore, the keris kamardikan Balebang Kencana luk 9 is an extremely rare opportunity for those who wish to obtain a high-end keris of this caliber. 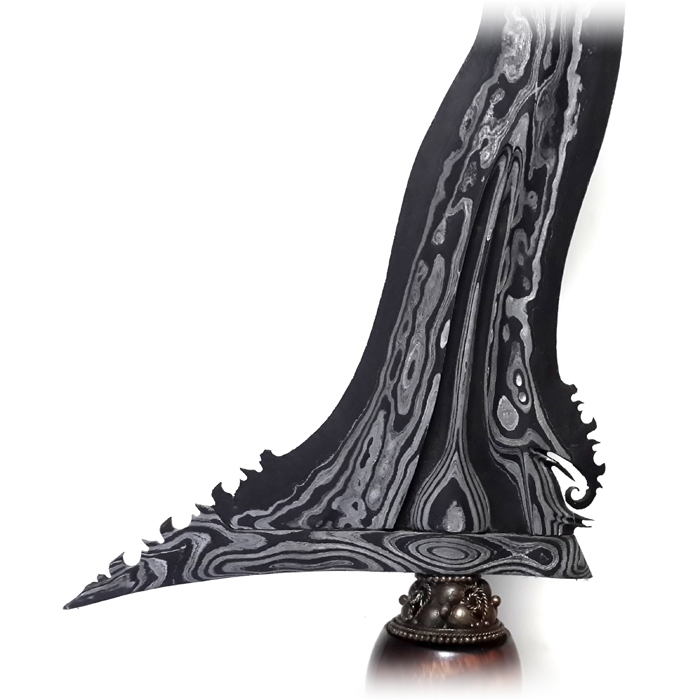