Karno Tinanding, or Karno Tanding, refers to the great war between the Pāndavas and Kauravas on the Kuru field, as mentioned in the Mahābhārata epic. The final battle in the Mahābhārata is called the ‘Bhāratayūddha’, which is fought between two brothers born from the same mother (Kunti Nalibranta), but from another father. They are the legendary characters named Arjuna and Basukarno (or Karno for short); the two brothers have equal physical strength and spiritual power, and they both are equally intelligent. Hence, Arjuna and Karno are constantly fighting over petty things to determine who is the strongest and wisest brother of the two. 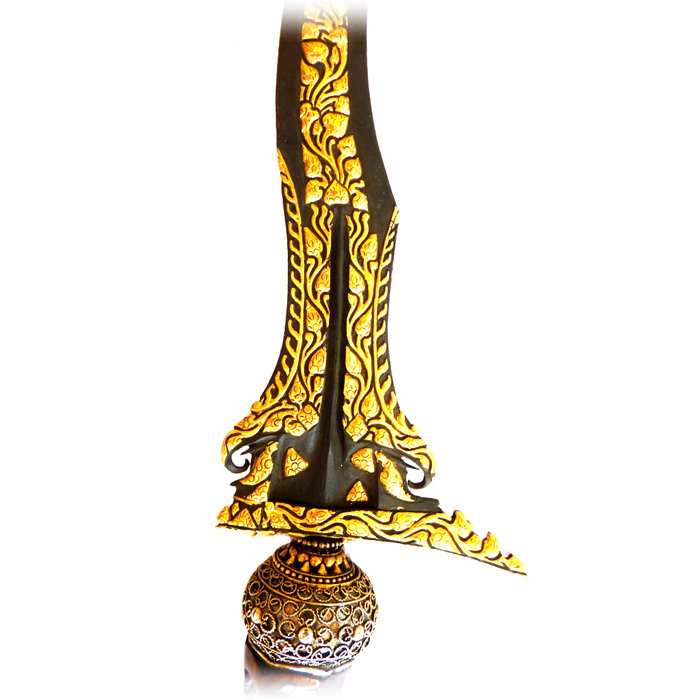 When tension is rising high Kunti Nalibranta requests their sons to stop quarreling because she fears a great war may break out soon. Karno honors and fulfills his beloved mother’s request and acts accordingly. He thus decides to retreat in order to prevent a disastrous war with his own brother. And so he heads to Sukalima, the hermitage of Rêsi Drona, where he devotes his time to spiritual practice. The Karno Tinanding dapur, then, illustrates the Old Javanese poetical rendering of the dramatic Bhāratayūddha chapter of the Mahābhārata epic. As such, the profound cultural and spiritual meaning of this keris kamardikan is invaluable indeed. 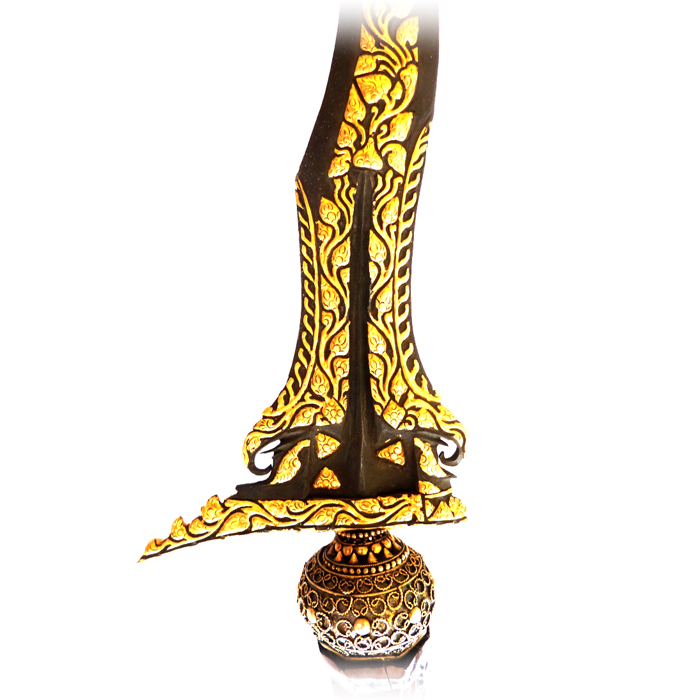 Beside the cultural and spiritual implications of the keris kamardikan Karno Tinanding, this masterpiece also displays the empu‘s fascinating craftsmanship. Admirable works like this show the high level of professionalism amongst contemporary keris makers in Indonesia. Luxurious heirloom items of this kind are bound to increase in monetary value in the coming decades. The keris kamardikan, therefore, can be considered a safe investment for the future.

The intricate blade of the Karno Tinanding dapur features five luks (‘waves’) in total. Though this particular keris kamardikan is forged without any pamor pattern on it, yet the exterior surface of the blade is richly adorned with a gold-plated finish, or ‘kinatah’. First of all, the entire ganja is covered in gold-plated flower patterns. Then, there are also gold-plated leaves on the base of the blade; one on the pejetan, and two on the sraweyan. Next, the two kembang kacang on either side of the blade, along with the lambe gajah, are beautifully decorated with kinatah as well. The same goes for the pudak sategal on each side of the blade, separated by the deep sogokan and a tall janur. On top of that, a traditional motif of gold-plated flowers is spread across the ada-ada in the center of the blade. 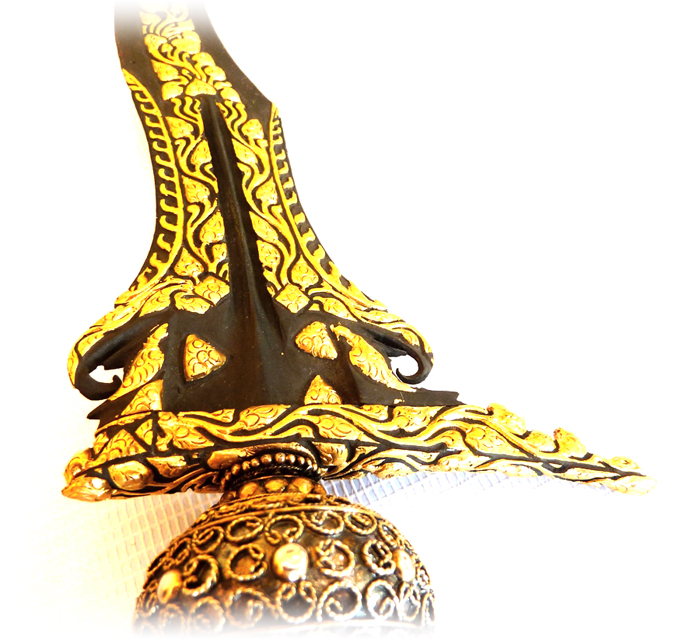 For the rest, the keris is attributed with a mendak (ring) placed on top of a large selut, which serves as a decorative part of the hilt. In addition, the keris kamardikan Karno Tinanding comes with a classical wooden scabbard, which is hand-carved in the traditional Gayaman Yogyakarta model. Indeed, the extraordinary level of detail featured in all components of the keris kamardikan Karno Tinanding are in perfect harmony. This even makes it possible to balance the keris upright when gently placing it on its hilt – a unique ability reserved only for kerises of the highest standard. 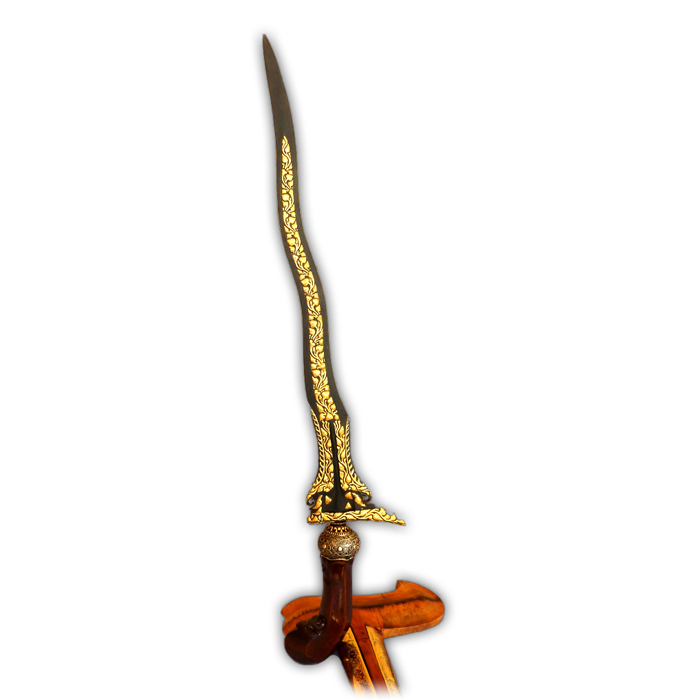