The Carubuk (or ‘Crubuk’) dapur keris model is a one of kind. Legend has it, that the design of this particular dapur is created by the renown empu Supa Anom (also called ‘Jaka Supa’ or ‘Ki Nom Supa’), who lived during the Majapahit era (1292–1500 CE). However, it is said that the Carubuk dapur was in fact a custom order made for Sunan Kalijaga, one of the nine Islamic saints (‘wali songo‘) in Java. Thus, it seems more likely that the Carubuk dapur was created by empu Supa Anom’s grandson Ki Supo Anom II, who lived in the Mataram era (1588–1681 CE). 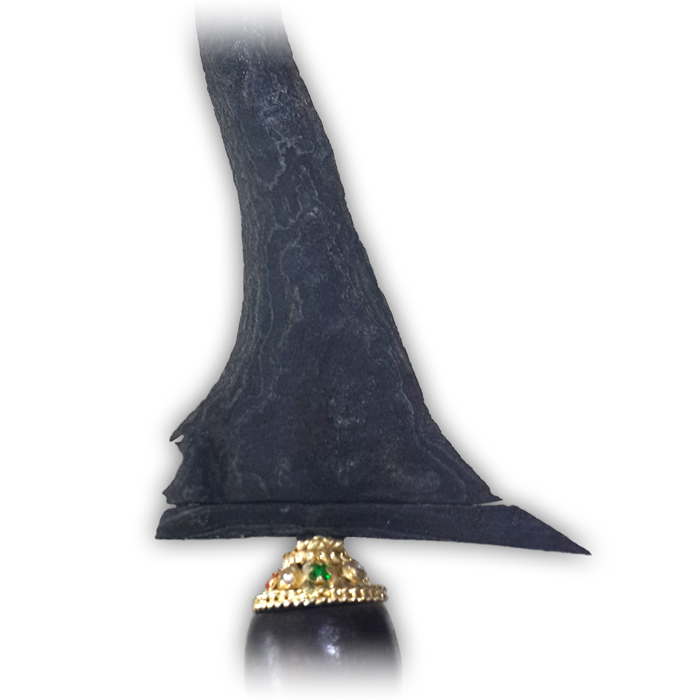 According to the traditional Javanese story, one day Sunan Kalijaga went to the besalen (workshop) of empu Supa Anom (II) to order a keris. Sunan Kalijaga brought with him only a tiny piece of meteorite for the empu to create the pamor motif for his keris. Kalijaga did not have any special wishes in regard to the dapur of the keris, as long as it was an entirely new dapur that was never been made before. With so very few and vague instructions the empu got confused, since he had no idea how he could ever forge a decent pamor pattern with the little piece of meteorite he had been given for the purpose. 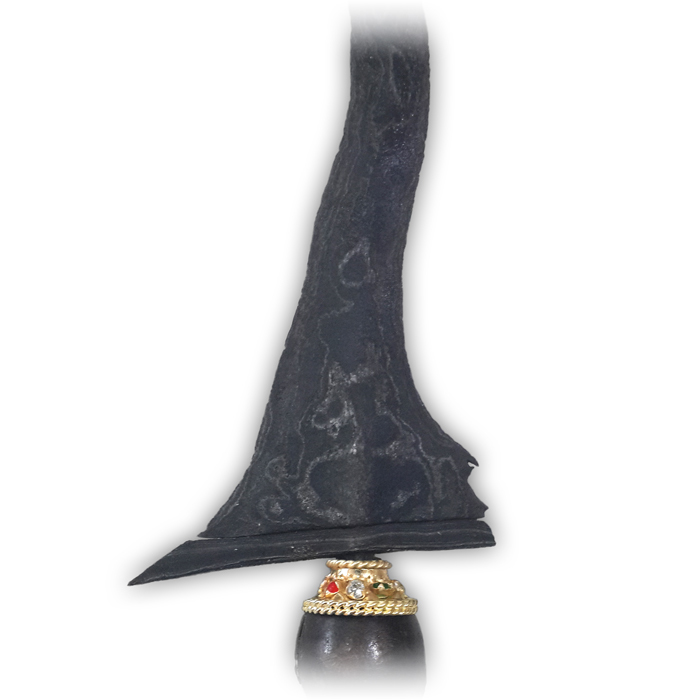 The great Islamic saint then told the empu to banish his doubts and increase his faith and belief in God. Sunan Kalijaga also said to the empu, that if he would put his trust in the Lord, he would surely receive clear guidance on how to forge the keris. Thus the Carubuk dapur was created; a waved blade with seven luks, a tiny kembang kacang, a single lambe gajah, and a sraweyan and greneng.

The keris Carubuk is inextricably linked with traditional forms of religious and spiritual practice in Indonesia. Indeed, this particular dapur is widely praised for the powerful mystical properties and magical qualities. When we take a closer look at the Wos Wutah pamor motif at the base of the blade, it looks as though a mysterious creature with a skull has manifested itself in the pamor pattern. It thus becomes clear why the keris Carubuk is believed to be so very useful for mystics, occultists, and spiritual practitioners. 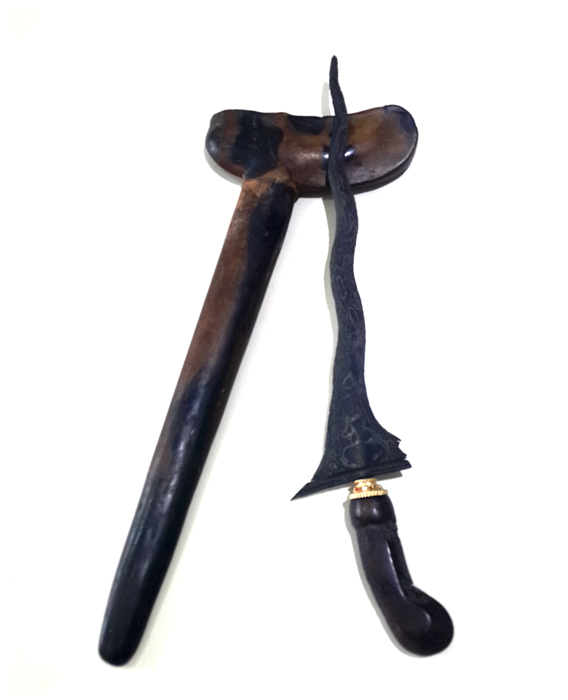