The dapur model of this ancient keris looks stunning, for it is a combination of two different dapurs, namely the straight-bladed Sepang and the single-waved (luk 1) Damar Murub model. Obviously, it requires great skills to forge a keris with a twofold dapur. The spectacular aesthetics of both dapurs are perfectly merged together into a single masterpiece. Considering the fact that this keris is made in the tangguh Majapahit era (13th–15th century CE) makes it even more astonishing how superb the level of craftsmanship was at the time. Thus, this marvelous keris attests to the artistic splendor of the traditional Javanese keris masters (empu) of the Majapahit Kingdom (1292–1500). 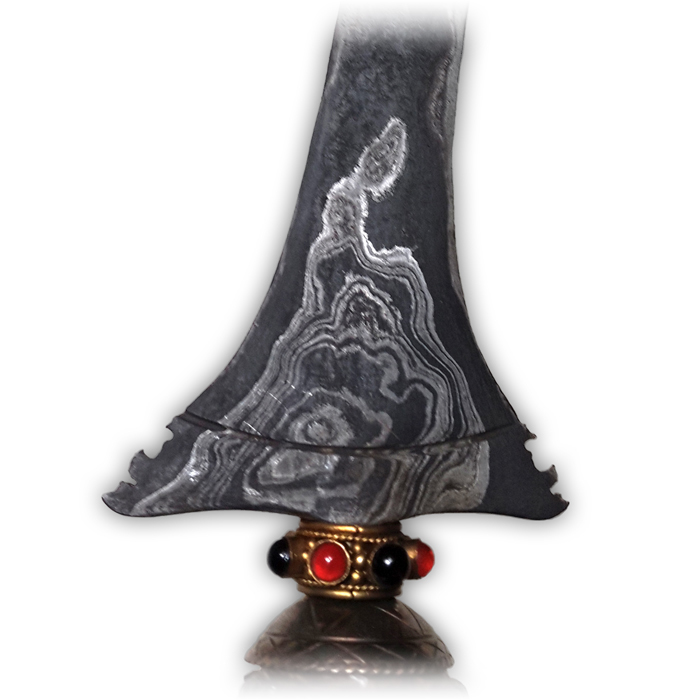 Besides the twofold dapur model, the blade also features a twofold pamor motif. A splendid Pulo Tirto pamor pattern covers the surface of the dark blueish iron blade. In addition, the pamor motif features a characteristic Rojo Gundolo image at the base of the blade. For the rest, the antique heirloom is attributed with a magnificent warangka (sheath) handcarved from the highest quality of timaha wood. And an ancient brazen pendok (cover) featuring the traditional blewehan design of Yogyakarta is placed below the wooden warangka.

Due to the twofold dapur, this keris also possesses twice as much magical power. Thus, the mystical properties imbued within the sacred dagger are said to enrich one’s social life with lots of good friends and acquaintances. Likewise, the keris is believed to have metaphysical energies which can help one maintaining good family ties. Furthermore, esoteric powers for a blissful love relationship or marriage are present within the ancient iron blade as well. On top of that, the two pamor motifs have huge potential power to boost success in one’s occupation, thereby increasing one’s wealth and riches. 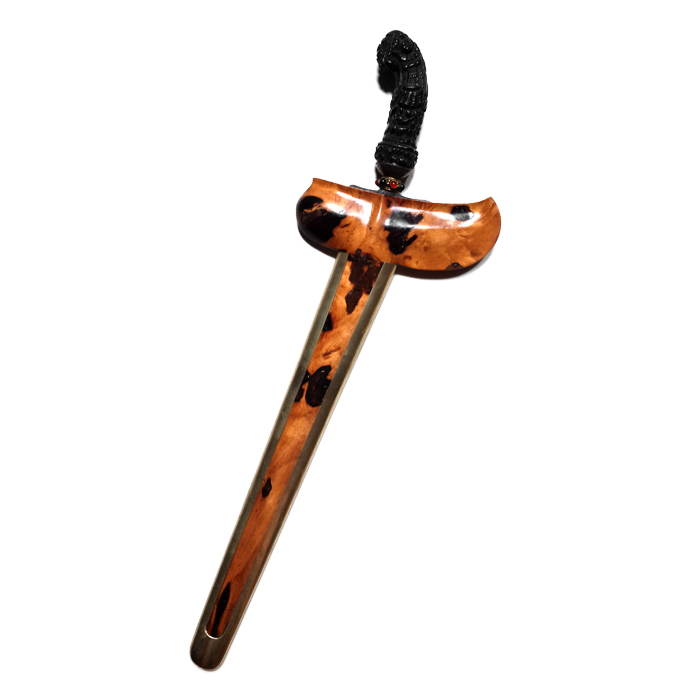