This classical masterpiece of traditional Indonesian weaponry bears the shape of a Javanese tombak (spear). The old iron blade is forged into the Cacing Kanil model (dapur). This tombak dapur can be recognized by its twisted blade. The unique shape of the blade represents a squirming worm (‘cacing’). Though conventional tombaks with this dapur usually feature only three, five, or seven luks (waves), yet the antique blade of this particular tombak Cacing Kanil has no less than 13 luks. 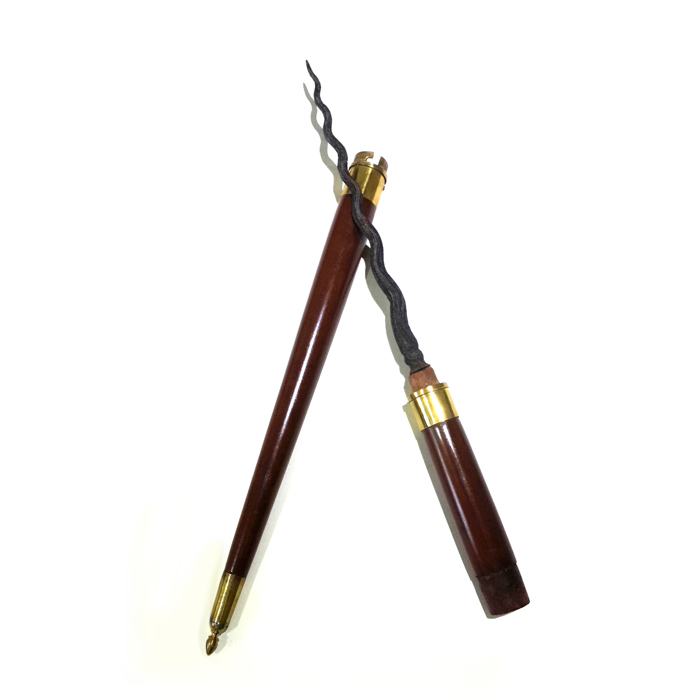 But what makes the tombak perhaps even more special is the fact that the high number of luks are forged into a square-bladed spear that, unlike flat-bladed models which only have luks on the left and right side of the blade, also features luks on the front and rear face of the blade. This gives the blade an extra dimension, which, of course, adds up to the aesthetical value of the tombak as a whole. The total length of the blade, including the pesi, measures 33.5 centimeters (without the pesi the blade is 26 cm long). 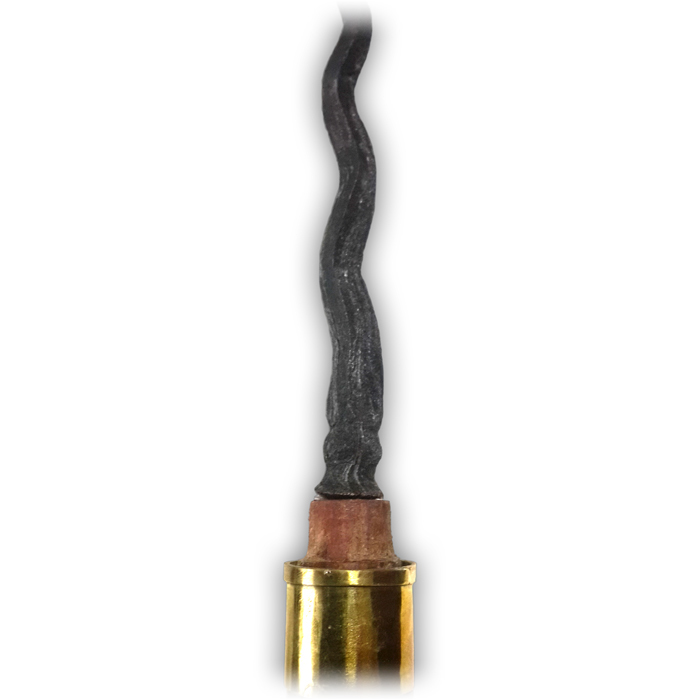 The square-bladed tombak is decorated with the exquisite though subtle Sanak pamor pattern. Sanak pamor, which is sometimes also called ‘Nyanak’, is made using iron to create a decorational pattern on the blade. The pamor motif is spread across the entire blade from the base to the tip. Thus, the Sanak or Nyanak pattern is clearly visible from each side of the square-bladed tombak. 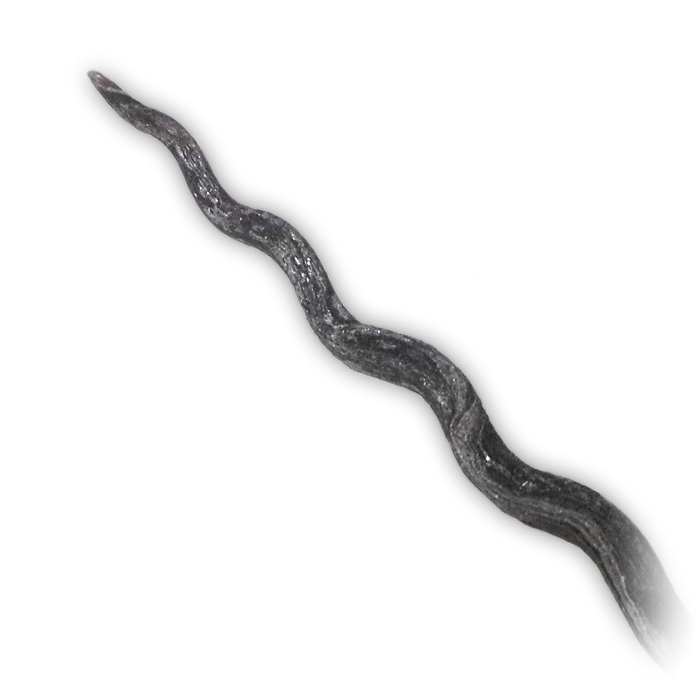 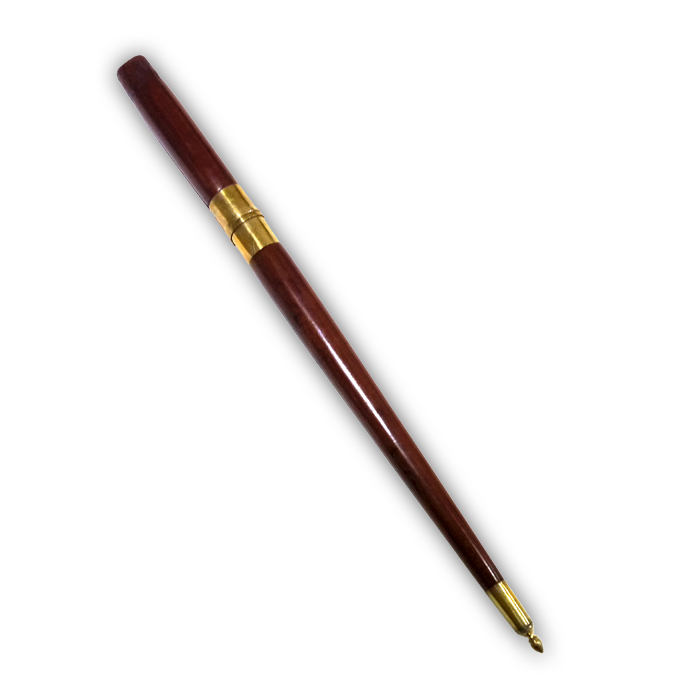 View this tombak in our store