The Panimbal keris has a waved blade with nine luks. It is considered a very popular  dapur keris model since olden times, particularly among royal servants and aristocrats at the Javanese royal palace (keraton). This keris has been praised for its mystical properties of influential speech and charisma, which can help increase one’s social status. Due to the credibility-enhancing powers, the Panimbal dapur soon became an exclusive type of keris for the high ranks of society and aristocracy. 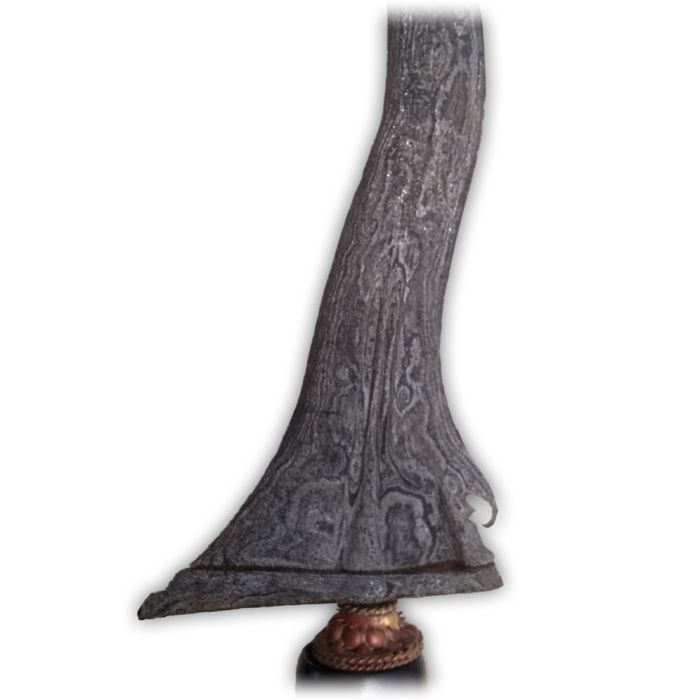 With a 33 centimeters long blade, the Panimbal keris is of moderate length. The total length of the keris, including the hilt, measures 42.5 centimeters. This ancient dapur features multiple ricikan elements, such as ada-ada in the center of the blade, merging in janur, which is separated by a double sogokan (depan and belakang). Also, tikel alis is situated between the sogokan depan and the gandik. On the other side, it has sraweyan in between the sogokan (belakang) and the wadidang part of the blade. The gandik part at the base of the blade features a kembang kacang, two lambe gajah, and jalu memet. 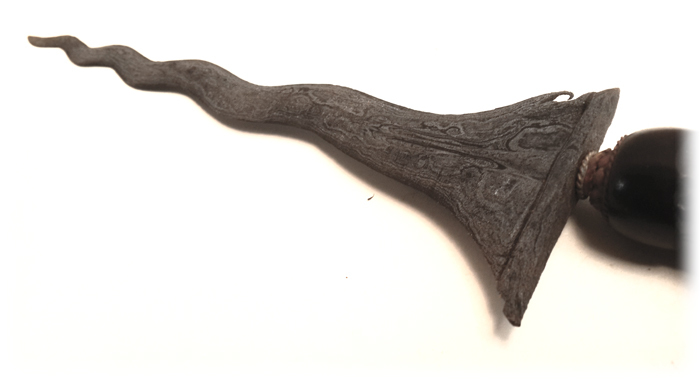 In addition, a beautiful pamor motif known as Pedaringan Kebak covers the entire blade. The Pedaringan Kebak pattern is a more sophisticated version of the common Wos Wutah motif, though both types of pamor share the same function in regard to the magical power they possess; namely the magical ability to accumulate substantial wealth and provision.

This antique pusaka heirloom keris is attributed with a high-quality wooden warangka sheath hand-carved in to the distinctive gayaman model of Yogyakarta, along with a stylish brazen pendok cover featuring traditional Javanese decorative patterns. 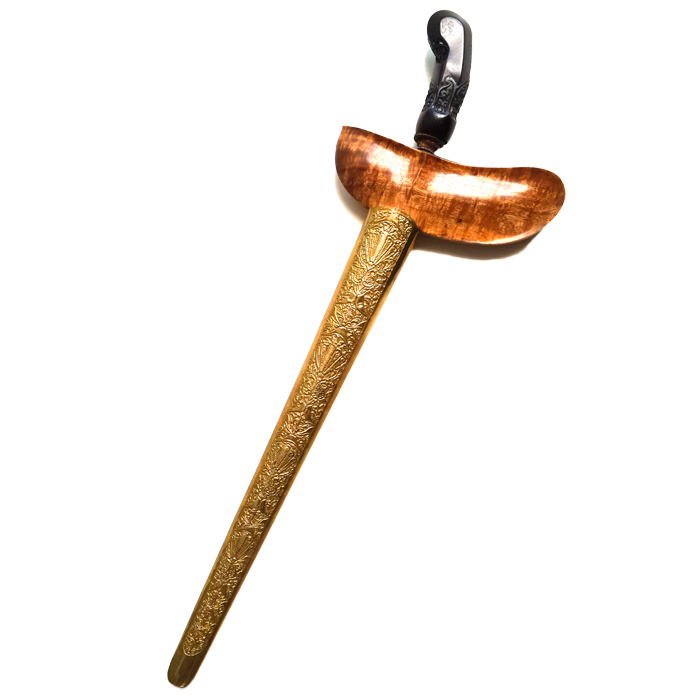