The Sombro dapur model is named after the maker, empu Ni Mbok Sombro. Nyai Sombro, as she is often called, is a Javanese female keris maker who lived in the Pajajaran Kingdom (12th century CE) in West-Java, Indonesia. Empu Ni Mbok Sombro became a well-known keris maker in the Pajajaran society, where she received praise for her works as well as the esoteric powers she possessed. Indeed, to this day, an authentic Sombro keris is believed to have certain mystical properties which can heal sickness, disease and illness. Furthermore, it is said that this particular dapur can help women to ease labor pain when giving birth. 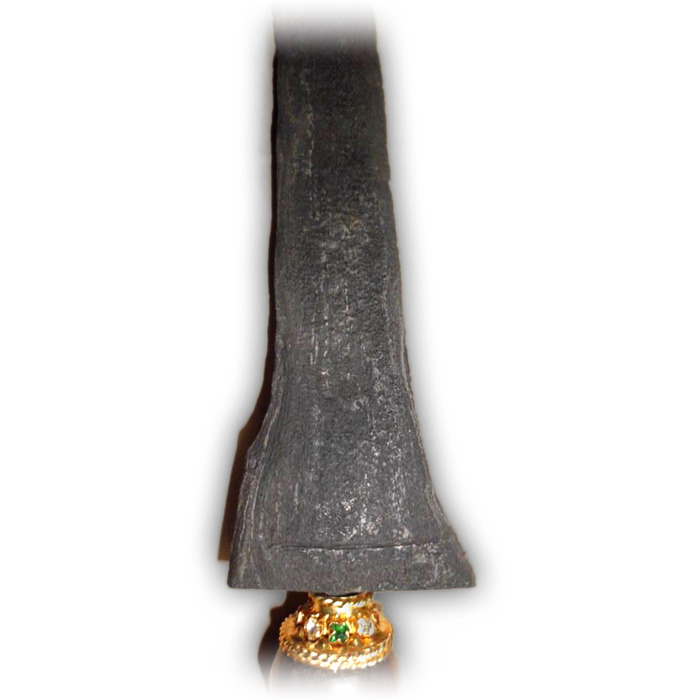 After she acquired a reputable social status in the Pajajaran Kingdom, empu Ni Mbok Sombro decided to move to the Tuban Kingdom (1294–1474 CE) along the northcoast of East-Java. Hence, this ancient Sombro keris is forged in the late twelfth century – early thirteenth century. The estimated age of this keris can also be confirmed by looking at the condition of the iron blade. The total length of the keris is 26 centimeters whereas the length of the blade itself is only 21 centimeters.

Also, the antique keris features the distinct characteristics of an authentic Sombro keris, which, of course, are the visible traces of fingerprints on the exterior surface of the blade. The fingerprints arise from the final part of the consecration ritual of the keris in which the blade is reheated in fire until the iron becomes smoldering hot. Next, the smoldering blade is dipped into a bamboo tube filled with holy water which contains flower offerings. After the blade has thus been quenched, the empu holds the flat surface of the blade between the thumb and index finger, while pressing it with both fingers. This traditional consecration method, known as pejetan (sepuh), is performed while the empu is chanting sacred mantras to empower the iron blade with auspicious blessings. 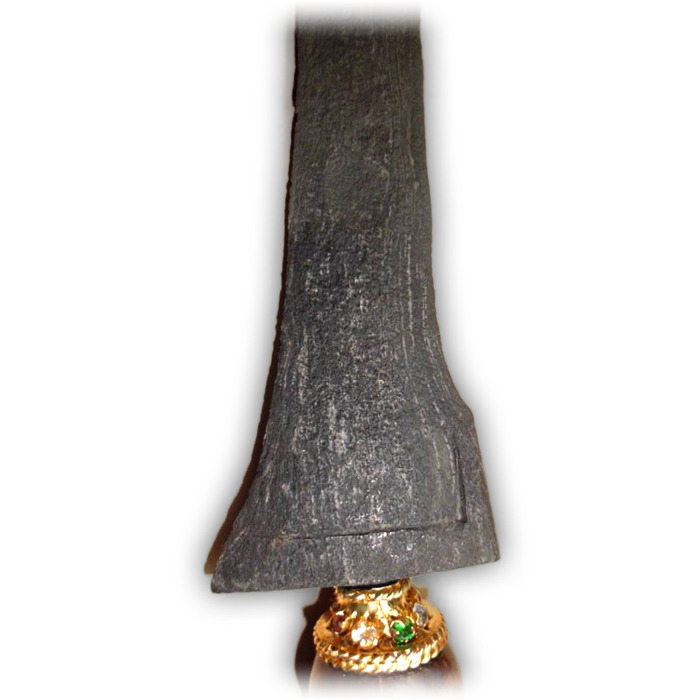 The kerises made by empu Ni Mbok Sombro have rather plain and simple design in general. Moreover, the famous female empu only made staight-bladed kerises. Furthermore, a keris of Nyai Sombro usually features an unsophisticated pamor pattern; the blade of this keris is forged with the mysterious sanak motif. This particular type of pamor is quite remarkable indeed, for it looks almost as though there is no pamor motif visible on the blade, yet if we take a closer look at the blade a vague pamor pattern becomes apparent. Even so, when one gently strikes the tip of one’s fingers across the exterior surface of the blade, one cannot help but notice the mysterious nature of this type of pamor. This is primarily because of the fact that the sanak motif is forged mainly from iron, and not from steel or nickel, nor does it contain any meteorite. However, the iron used for the pamor motif is different from the iron of the blade itself, which explains the unusual structure and the soft contrast in color.

The warangka (sheath) of the keris Sombro, then, is hand carved from the high-quality wood of the sacred Timåhå tree. The ancient timåhå wooden sheath features the traditional gayaman model of Yogyakarta. 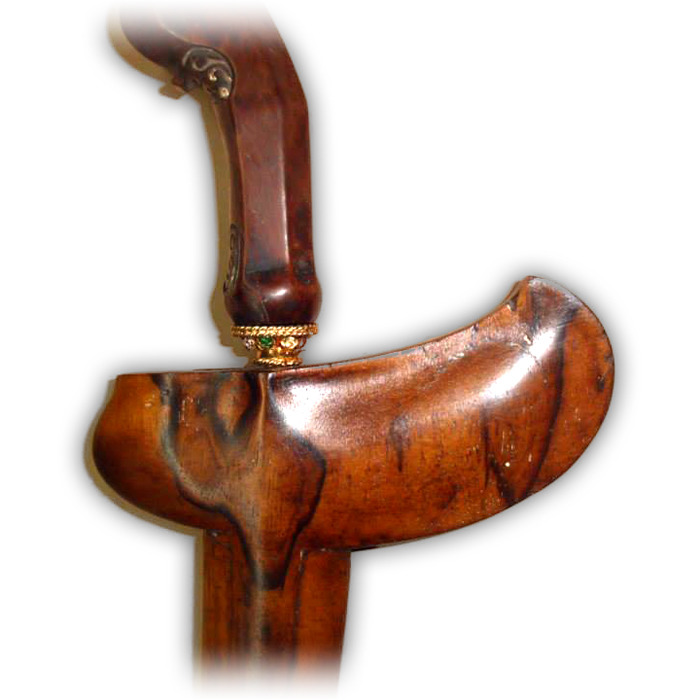 Beside the historical value of a true masterpiece of one of Indonesia’s most famous keris makers of the past, the keris Sombro also is considered a sacred pusaka (heirloom) which has tremendous powers to guard the safety of one’s home and loved ones. Typically, a keris made by Nyai Sombro is said to bestow the owner with blessings of peace and happiness. It is the most popular kind of keris among Indonesian doctors and physicians, for indeed, the kerises of empu Ni Mbok Sombro can help to maintain or restore human health. 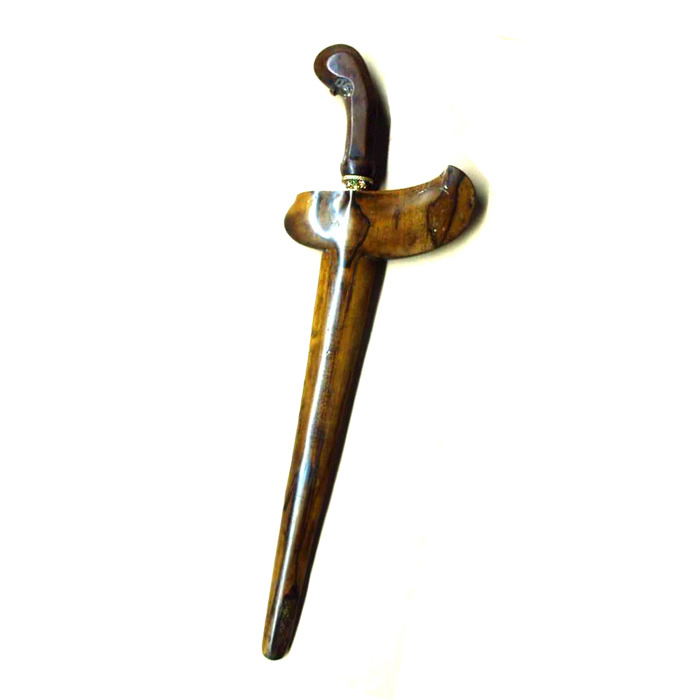