In present-day Indonesia the Balinese keris is renown for its large measurements and robust artwork. Kerises from Bali stand out from the rest of Indonesian pusaka (heirloom) weapons, especially when compared to the moderate sizes and subtle designs of the Javanese keris. The average length of the blade of a Balinese keris measures 40-45 cm whereas the total length of a Javanese keris blade usually is below 38 cm. However, the size of the blades made in Bali has not always been so significantly different from the Javanese standards. Today’s modern standard for Balinese kerises (pakem) was developed in the early seventeenth century. 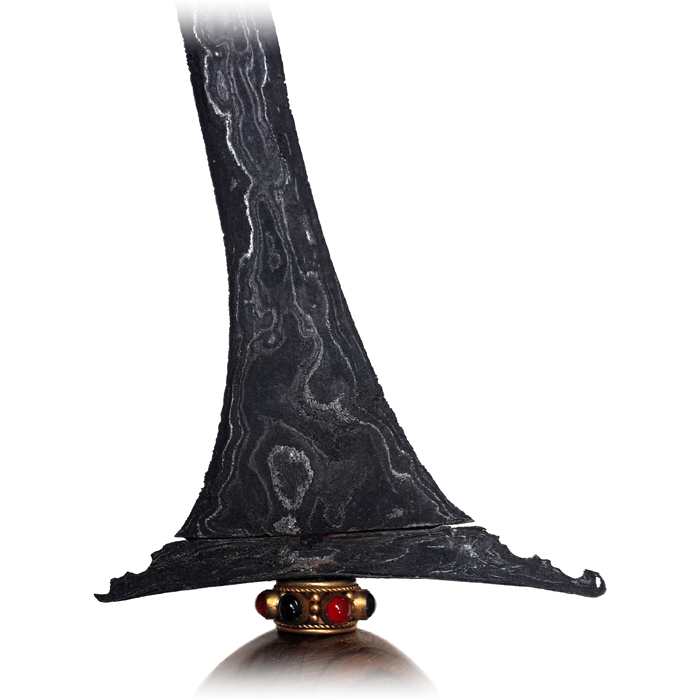 Prior to the seventeenth century, the shape and size of most Balinese dapur keris models were not much different from the traditional Javanese designs; indeed, they look almost identical to the ancient kerises made in the historical tangguh Majapahit era (13th–15th century CE) in East Java. Thus, this ancient Balinese keris with its straight-bladed dapur Sepang model exhibits characteristic features that are very similar to the Javanese version of this particular design. Therefore, it is suggested that this keris was made on the island of Bali before the seventeenth century, as is also evident from its shape and size, which indeed resemble the traditional design of keris from the time of the Javanese Majapahit Kingdom. 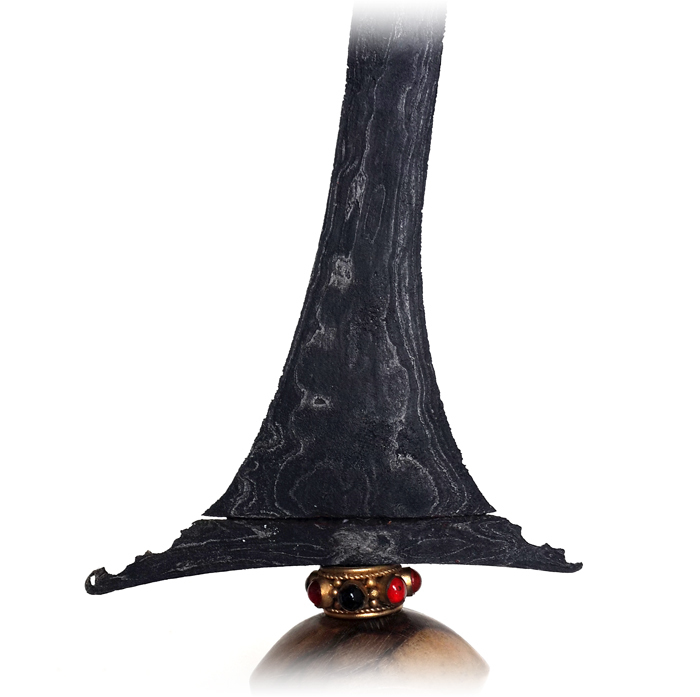 An elegant pamor pattern of the Ngulit Semangka variant covers both sides of the antique blade. It is believed that a pamor motif of this kind has effective esoteric powers that are conducive to social interaction and interpersonal relationships. Furthermore, the dapur Sepang itself is commonly regarded as a propitious keris for building and maintaining a strong relationship (e.g. romantic friendship, marriage). This, of course, can be explained by the physical feature of the nearly symmetrical ganja-part at the base of the blade, which represents a solid foundation of harmonious relations with one’s loved ones (e.g. partner, family members, friends, acquaintances). 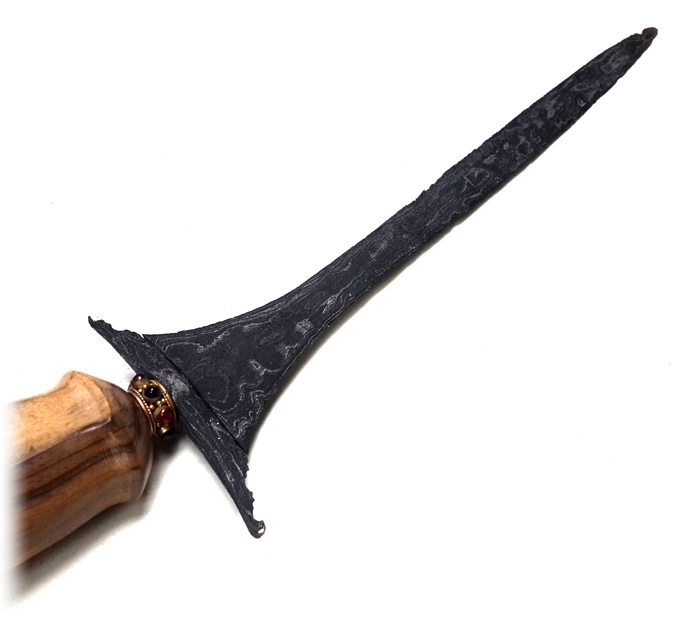