The keris Siak Indrapura has a very rare and special dapur named ‘Unduk-unduk’, which originates from the area of Riau Province in North East Sumatera. The dapur Unduk-unduk features five luks (waves). It is a relatively unknown dapur among contemporary keris collectors. Therefore, it is suggested that this keris has been custom made on a special order from a royal descendant of the Siak Sri Indrapura Kingdom (1723–1946). 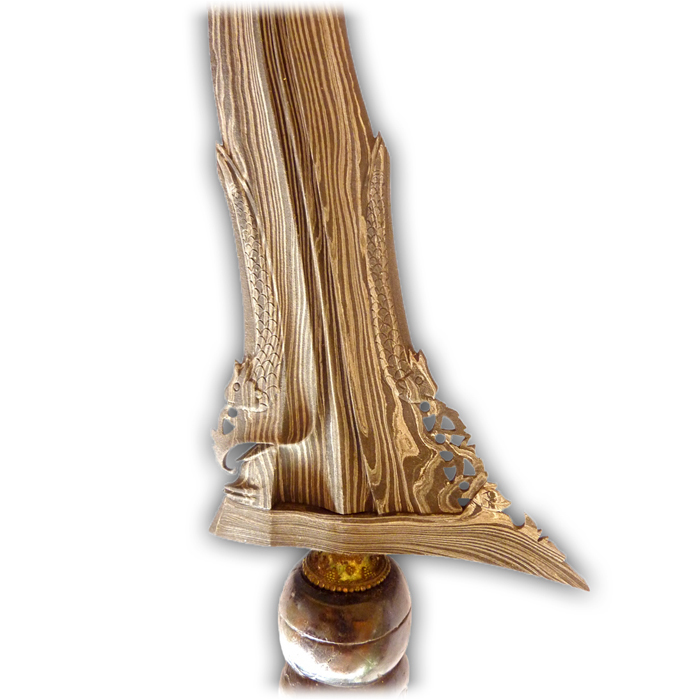 The blade is attributed with very detailed ricikan. On the front side of the blade there is a pudak setegal depan, and on the rear side it has a pudak setegal belakang. A mythical dragon design is incised into the surface of the pudak setegal. Below the pudak setegal depan, it has a very unique kembang kacang with a special jenggot gajah. The gandik features a jalu memet and a lambe gajah, followed by a deep pejetan and a sharp tikel alis. On either side of the base, the blade has a sogokan (depan and belakang), separated by a janur in the middle. The blade rests on a ganja wilut, which also features a greneng and ri pandan. 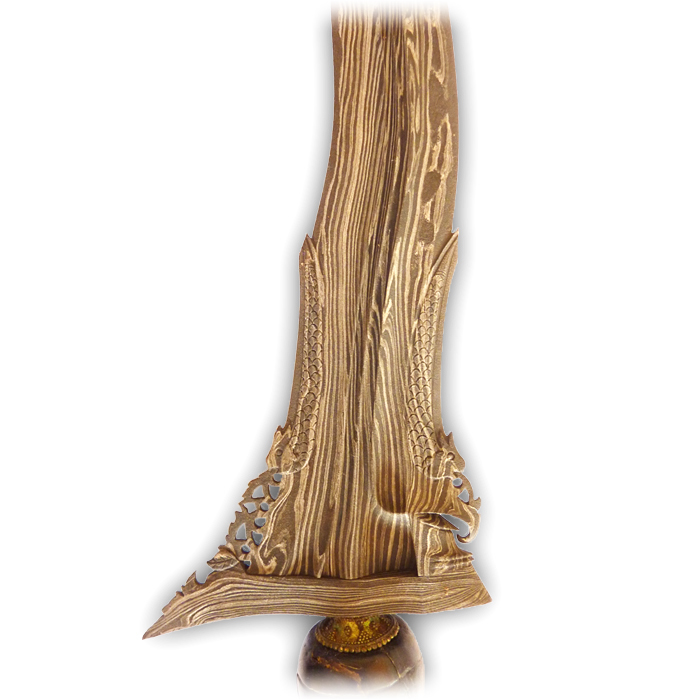 The exterior surface of the blade has the pamor Banyu Mili motif forged into it. This particular pamor pattern represents the flow of water in a stream, i.e. streamflow. Since its pamor pattern covers the entire blade, it gives the keris a light color with a soft gray tone to it. Furthermore, pamor Banyu Mili is considered a mystically powerful feature which possesses magic powers to enhance one’s wealth and riches. Hence, the keris Siak Indrapura is said to bring its owner auspicious blessings of good luck and fortune. 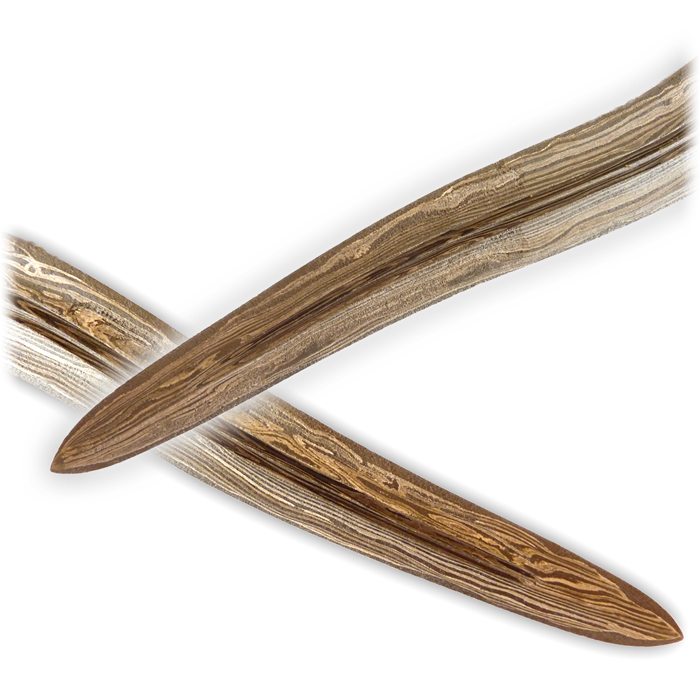