This ancient keris from the tangguh Mataram era (1582–1725 CE) features the rare dapur Trimurda (alternatively spelled ‘Trimurdo’). This unique dapur counts not less than nineteen waves (luk). A dapur with such a large number of luks is classed as a special type of keris called ‘kalawija’. Due to the many luks, the size of a kalawija keris is usually bigger than that of a standard sized keris.

Any keris which has more than thirteen luks is considered a rarity. However, a keris with as many as nineteen luks is indeed seldom seen. In ancient times, such a keris was made only for people of high social status, such as royal servants, aristocrats, and military officials. And so, very few kerises Trimurda were made. Most of the ancient kerises featuring the dapur Trimurda are royal pusaka heirloom items, which therefore makes it extremely difficult to find such a rare keris, since they are usually kept in private collections of Javanese aristocrats. 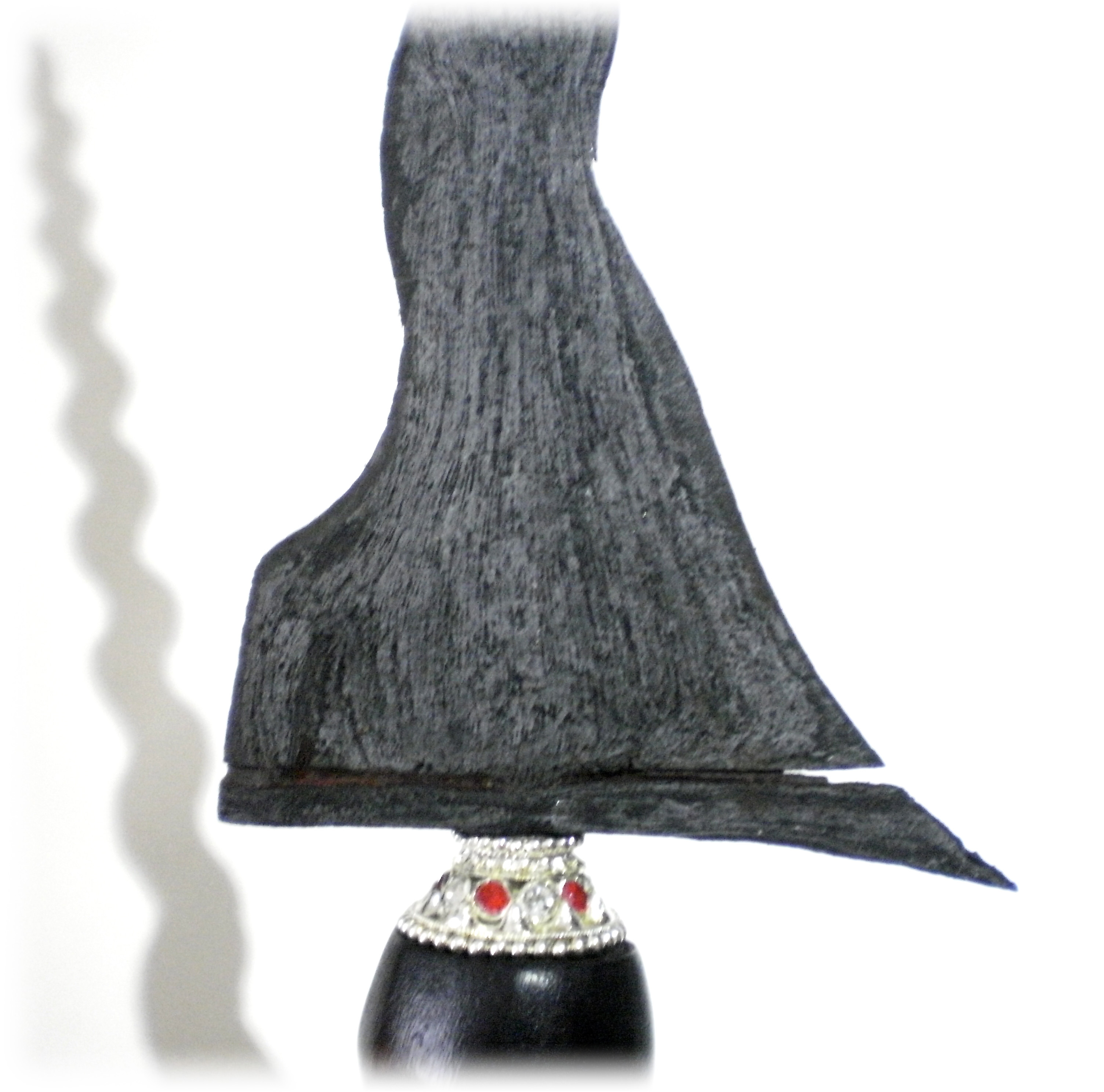 It is also said, that, because of its unconventional design, the keris Trimurda symbolizes an eccentric expression of art. For this reason, this particular dapur is mostly sought after by poets, dancers, musicians, and artisans, since it is generally believed that the keris Trimurda contributes to one’s artistic creativity and revives personal inspiration. 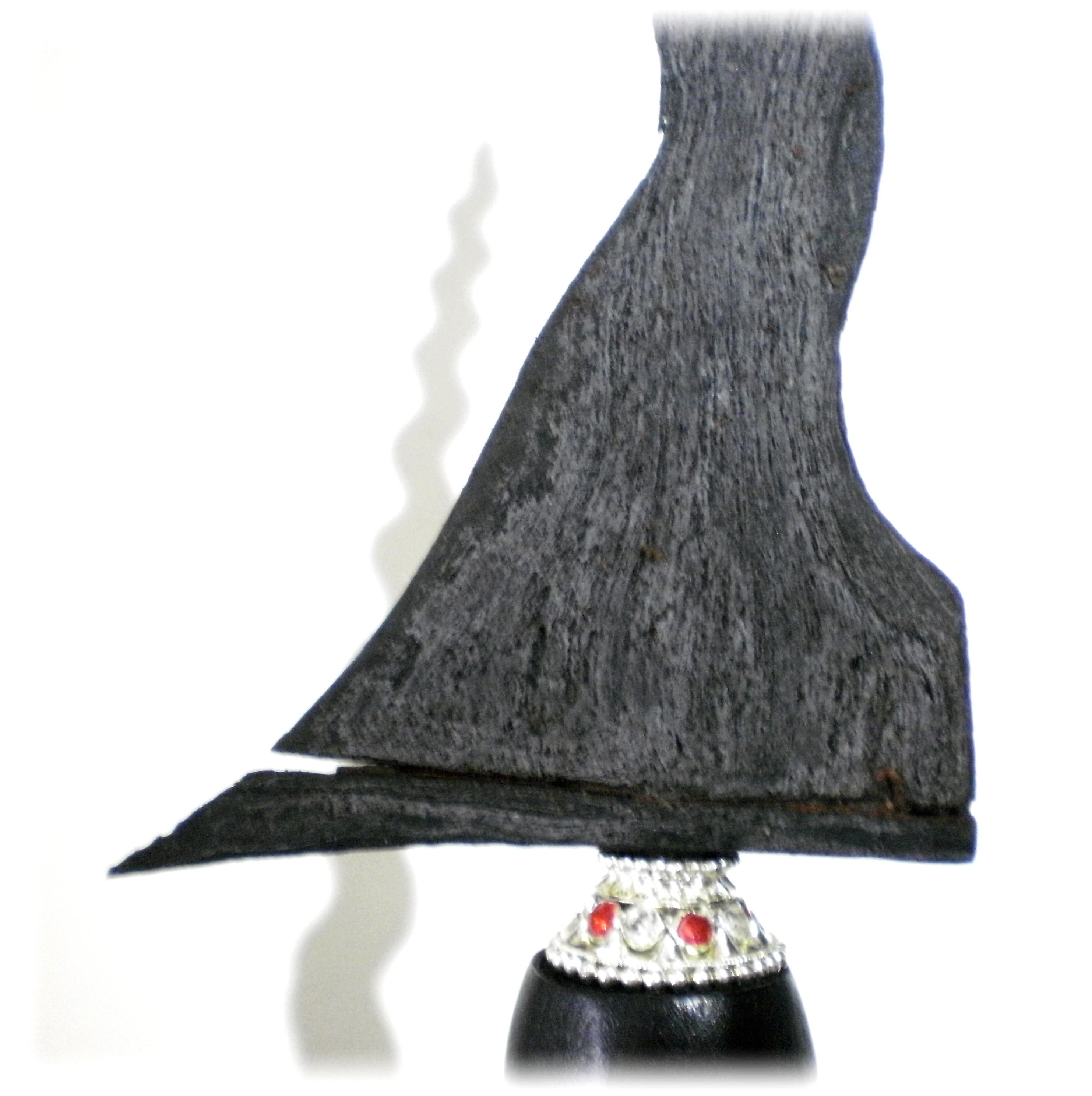 The blade of this ancient keris has a wide ganja but a short gandik, a subtle tikel alis, and a small pejetan. The blade itself is forged with a distinctive pamor pattern known as ‘Mrambut’. This pamor motif represents long hair locks. The long straight hairs in this pamor are covering the blade from the base to the top. Pamor Mrambut is attributed with strong mystical powers to ward off dangers and to dispel evil. The keris Trimurda with its pamor Mrambut is therefore a powerful source of protection against black magic, spirit possessions, and ghostly encounters. However, since the ‘mrambut’ motif is an intentionally created pamor type (‘pamor rekan’), this means that not just every person is capable of having such a powerful keris in one’s private collection. This is primarily due to the fact that this keris has a strong tendency to cause eccentric behavior on the part of the owner. Hence, the owner of this rare and unique pusaka item needs to be a mentally stable person who is strong enough to be able to deal with the powerful khodam spirit which resides within this ancient keris.

The keris comes with its original warangka sheath, which is hand carved from old wood. The antique warangka is beautifully shaped in a classic gayaman model featuring the characteristic styles of Surakarta and Yogyakarta combined. It is noteworthy that a keris with a gayaman Pakualaman was traditionally reserved only for royal descendants and notable kinship. Lastly, the keris Trimurda luk 19 comes with an ancient solid silver pendok cover decorated with classic gaya Yogyakarta motifs. 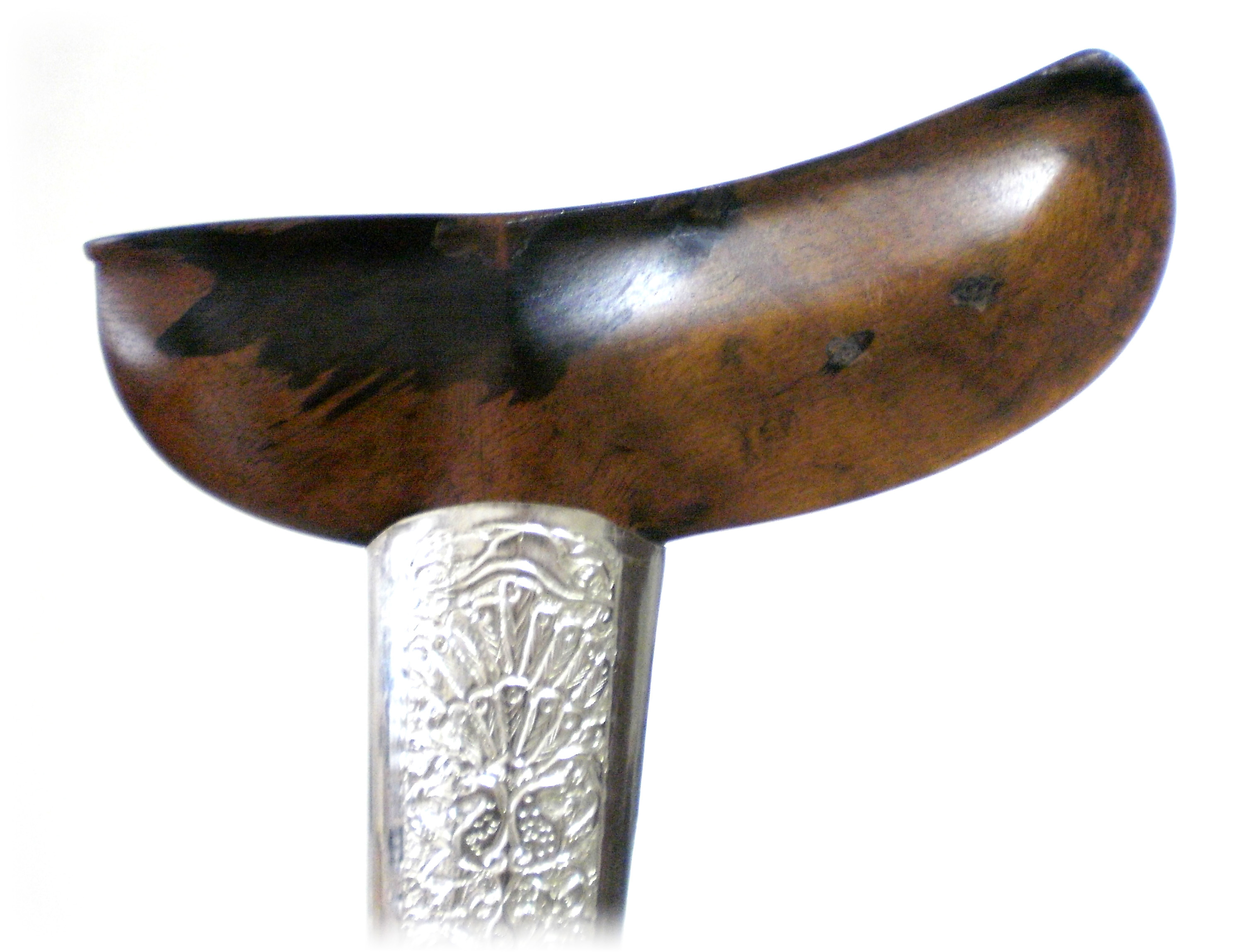 View this keris in our store here: Keris Trimurda Luk 19: A Royal Dapur from the Tangguh Mataram Era (16th–18th Century)