The Kanjeng Kyai Naga Raja is an ancient keris made in the tangguh Mataram era (16th–18th century C.E.). ‘Kanjeng Kyai’ (KK for short) is an honorific title reserved only for kerises of the highest standard. Kanjeng Kyai refers to royal pusaka (heirloom) items in particular, for indeed, many of the ancient kerises in the keraton (royal palace) have been given this title. Hence, the Kanjeng Kyai kerises have gained international recognition as true masterpieces of traditional Javanese material culture. 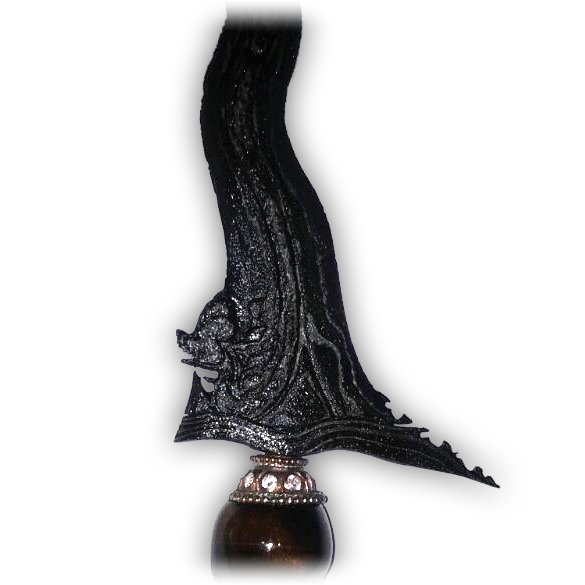 Kanjeng Kyai kerises are considered a very special kind of pusaka, featuring a rare and exclusive dapur (model) with a sophisticated design. The Naga Raja is a perfect example of such exclusive dapur. Naga (Sanskrit: nāga) is the name of a mythical serpent-like creature, whereas raja (Sanskrit: rāja) means king; thus, naga raja can be translated as ‘Naga King’. Hence, the extraordinary design of this dapur represents a naga creature wearing a crown on its head, an important symbol which indicates royal status. The name of Naga Raja dapur is derived from the fact that the naga‘s crown looks similar to that of Lord Krishna (Sanskrit: Ḳṛṣṇa; Javanese: Kresna) as depicted in traditional Javanese shadow play (wayang). 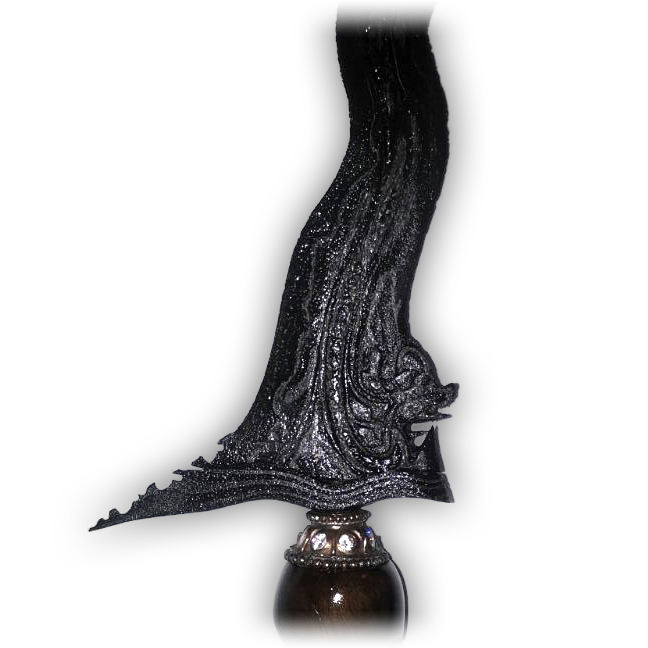 Another classical example of this keris’ uniqueness is the distinctive design of the ganja part at the base of the blade. This characteristic feature of the blade is called ganja wilut, which is seen only on the most refined kerises. In addition, this antique keris has a high-quality teak-wooden warangka (sheath) which has been fashioned in the traditional ladrang style of Surakarta, and attributed with a luxurious pangeranan pendok cover made from solid silver. 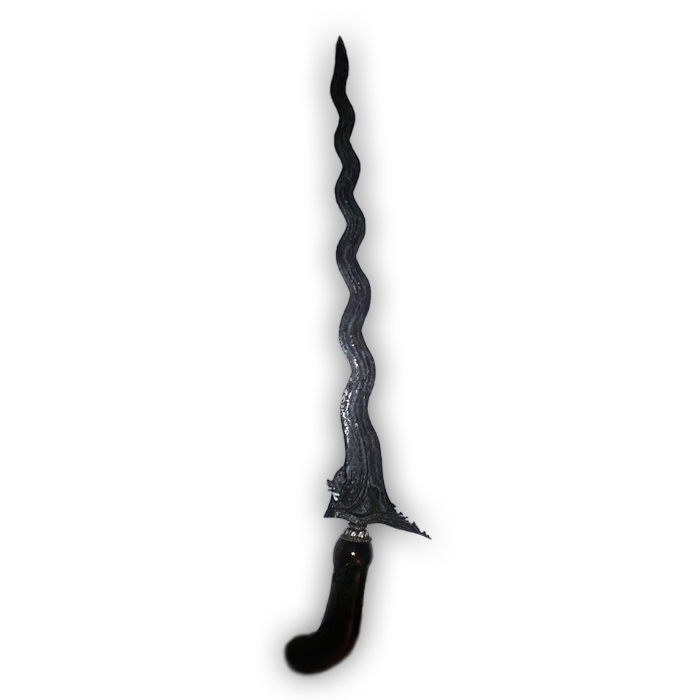