Keris Indonesia proudly presents to you yet another premium quality pusaka; an antique masterpiece from the sixteenth century tangguh Madiun era (East Java). The highly unusual dapur model immediately strikes the eye as one unsheathes the ancient keris. This particular type of keris is called a ‘kalawijan’, a very rare dapur characterized by the blade’s extraordinary high number of luk (waves), which, in this case, counts a total of twenty-three luks. A so-called kalawijan keris has an unconventional design as opposed to that of the standard keris; the standard dapur types can have up to thirteen luks, whereas any keris featuring more than thirteen luks is considered a kalawijan. 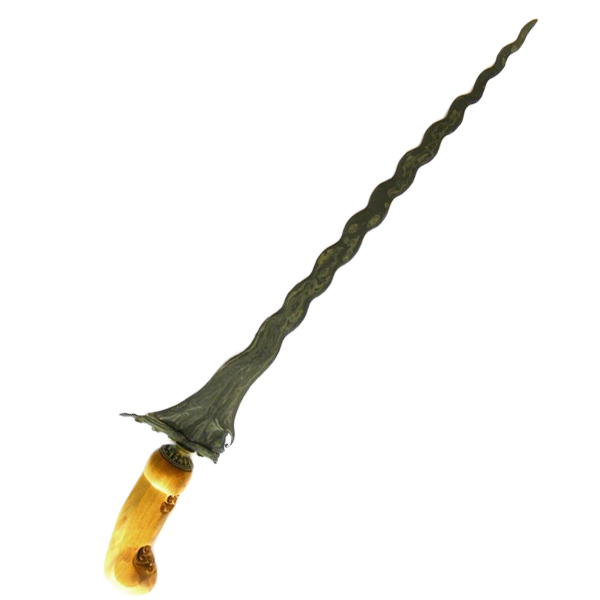 As can be expected from a keris of this standard, the blade is attributed with various exquisite ricikan elements. First of all, there is a very refined lambe gajah with a jalen below at the gandik part of the blade. Next, a sharp-edged pejetan and a smooth sraweyan has been crafted onto the base of the blade, separated by a front and rear sogokan in the center. Then, as a mark of perfection, the ganja has been treated with gold-plated kinatah finish, thereby revealing the empu‘s remarkable eye for detail. 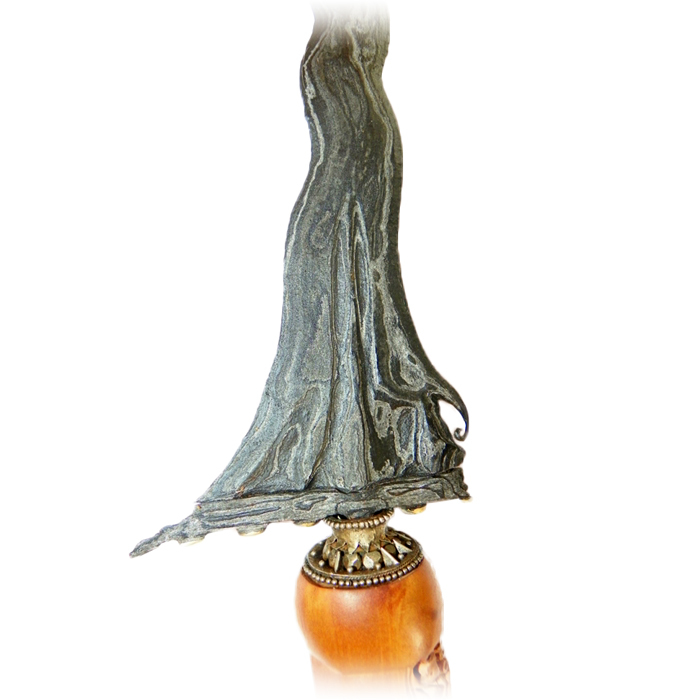 Besides the beautiful kinatah decoration and the detailed ricikan elements, the blade also has a pamor motif forged into it, namely the distinctive Ngulit Semangka pattern. Its pamor is in absolute mint condition due to proper maintenance of the ancient iron blade. A well-preserved pusaka heirloom keris from Madiun like this one is indeed seldom found. This keris, therefore, can be regarded as being of great value and interest to the true pusaka collector. In addition, the keris Kalawijan luk 23 comes with a warangka sheath carved in the traditional gayaman model of Yogyakarta. Both the sheath as well as the hilt are made from natural fragrant Javanese sandalwood. 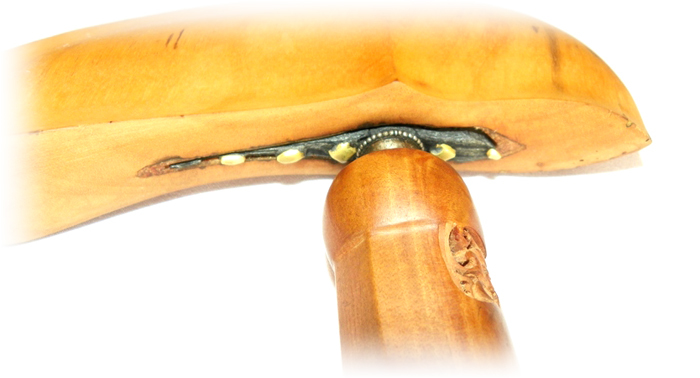