This straight bladed keris (lurus) features the dapur Kalamunyeng. It is an ancient pusaka heirloom keris, which is forged in the tangguh Pajang era (1568–1586 CE). The antique blade of this keris has a plain gandik, a subtle tikel alis, a square pejetan, and a short but sharp buntut cecak. Also, it has a tall sogokan on the front face of the blade, making this a unique dapur indeed.

The dapur Kalamunyeng finds its origin in the legend of Sunan Giri (Muhammad Ainul Yakin alias ‘Raden Paku’, or ‘Joko Samudra’), one of the Nine Saints (wali songo), who were the spreaders of Islam in Java during the fifteenth and sixteenth century. Sunan Giri (1422–1506 CE) (sunan in Javanese is a title of honor given to a saint, whereas giri means ‘hill’, which also refers to a place in East Java) was a famous Islamic scholar at the time. Later, he became a renown teacher whose teachings were not merely restricted to religious studies, for Sunan Giri also emphasized the importance of socio-cultural development. 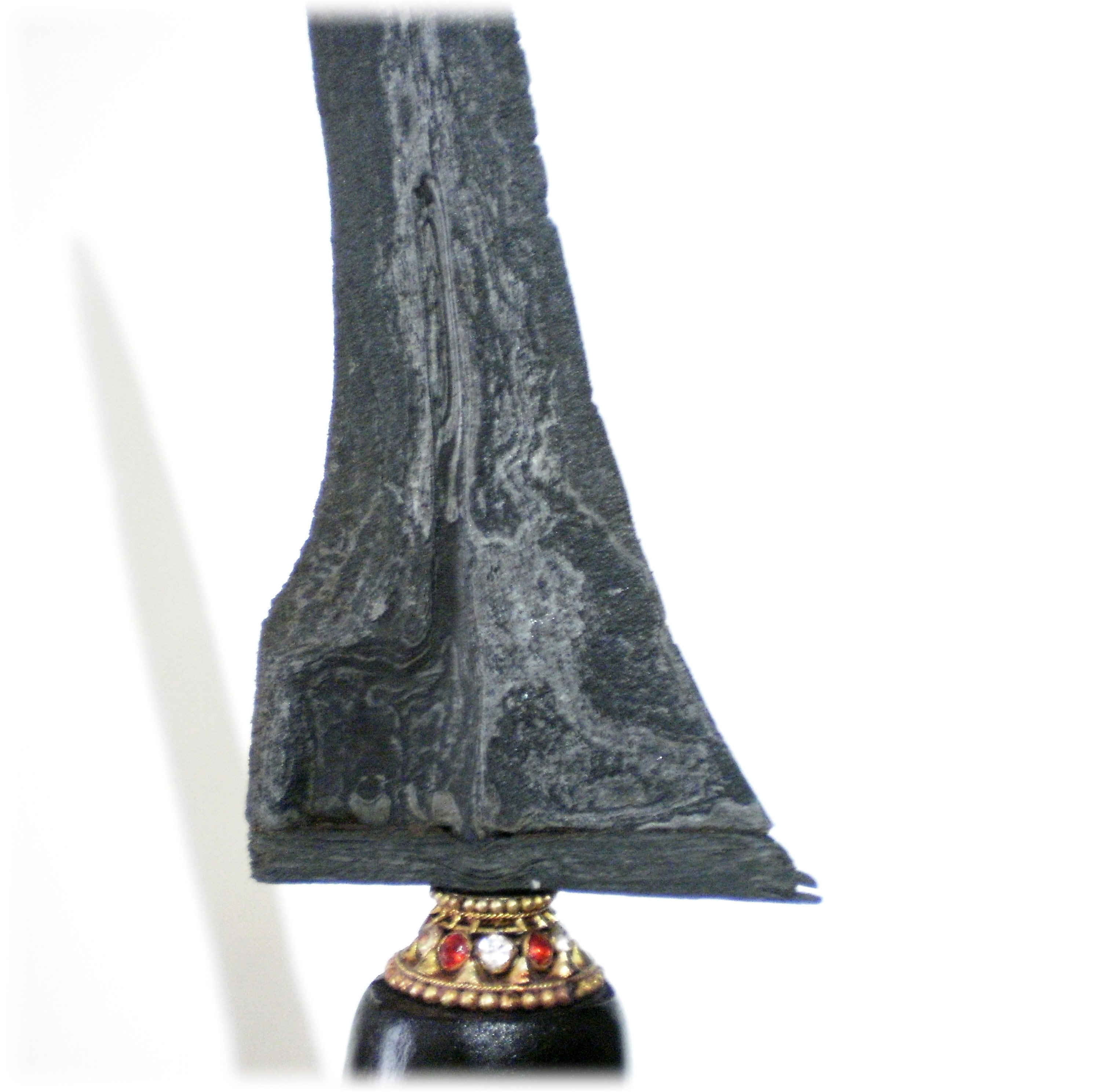 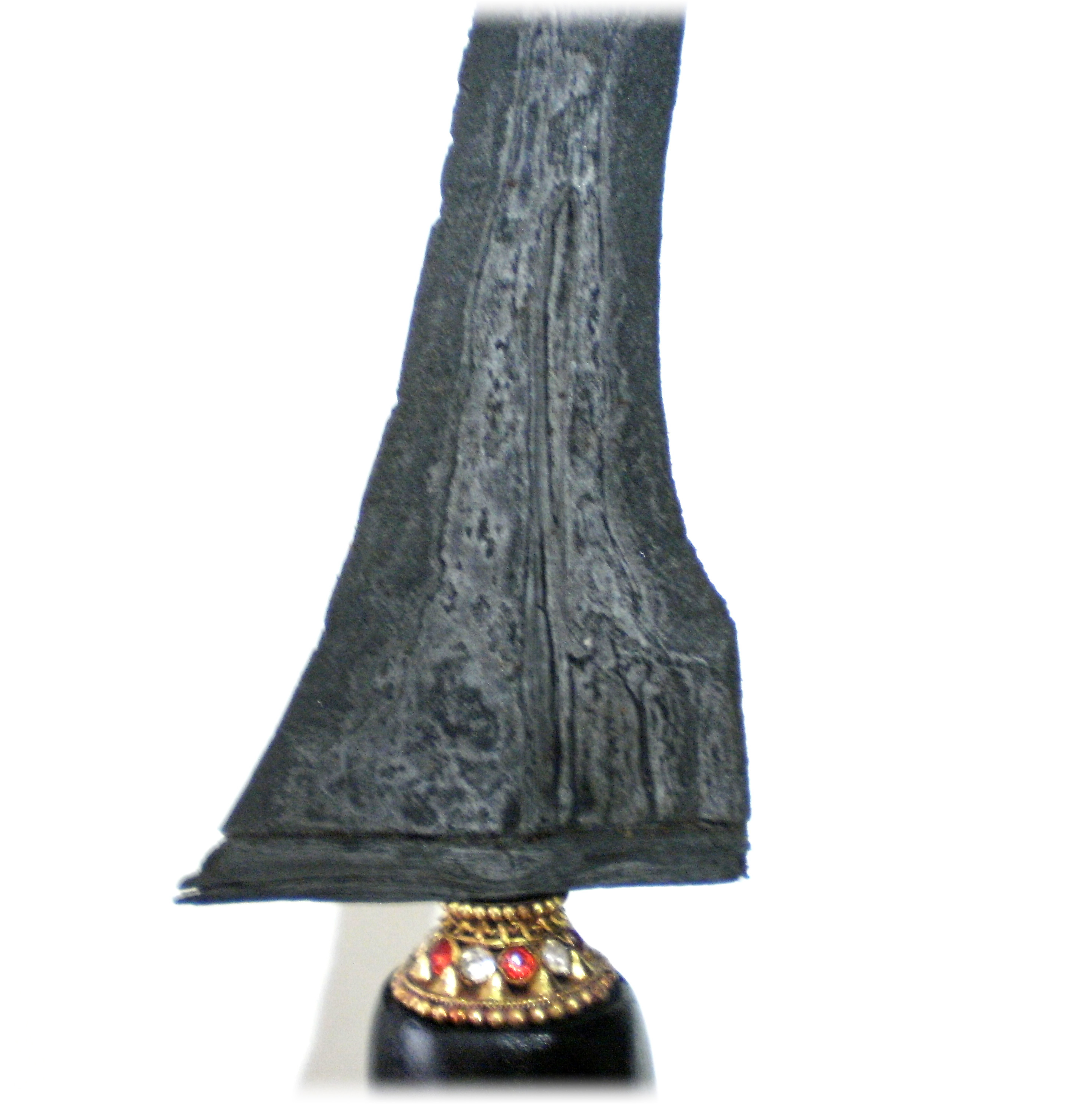 When empu Pangeran Sedayu took the pen point from Sunan Giri, and began the forging process, something miraculous happened: as the empu hit the pen point with his hammer for the very first time, it kept spinning and spinning, making it impossible to continue the forging process. Once the pen point finally stopped spinning after a while, it had magically transformed itself into a keris. Empu Pangeran Sedayu was astonished by what had happened, leaving him clueless about the name he could give to the dapur of this magical keris. Hence, Sunan Giri suggested to name the dapur ‘Kalamunyeng’, which refers to the spinning aspect through which the keris came into being.

The straight blade features the popular Wos Wutah pamor pattern. The pamor motif of this keris is almost instantly recognizable due to the sharp contrast with the dark color of the blade, which allows the bright color of the pamor Wos Wutah to emerge. Also, considering the age of this ancient keris, the condition of the blade is truly remarkable, which shows little to no traces of corrosion or rust at all. 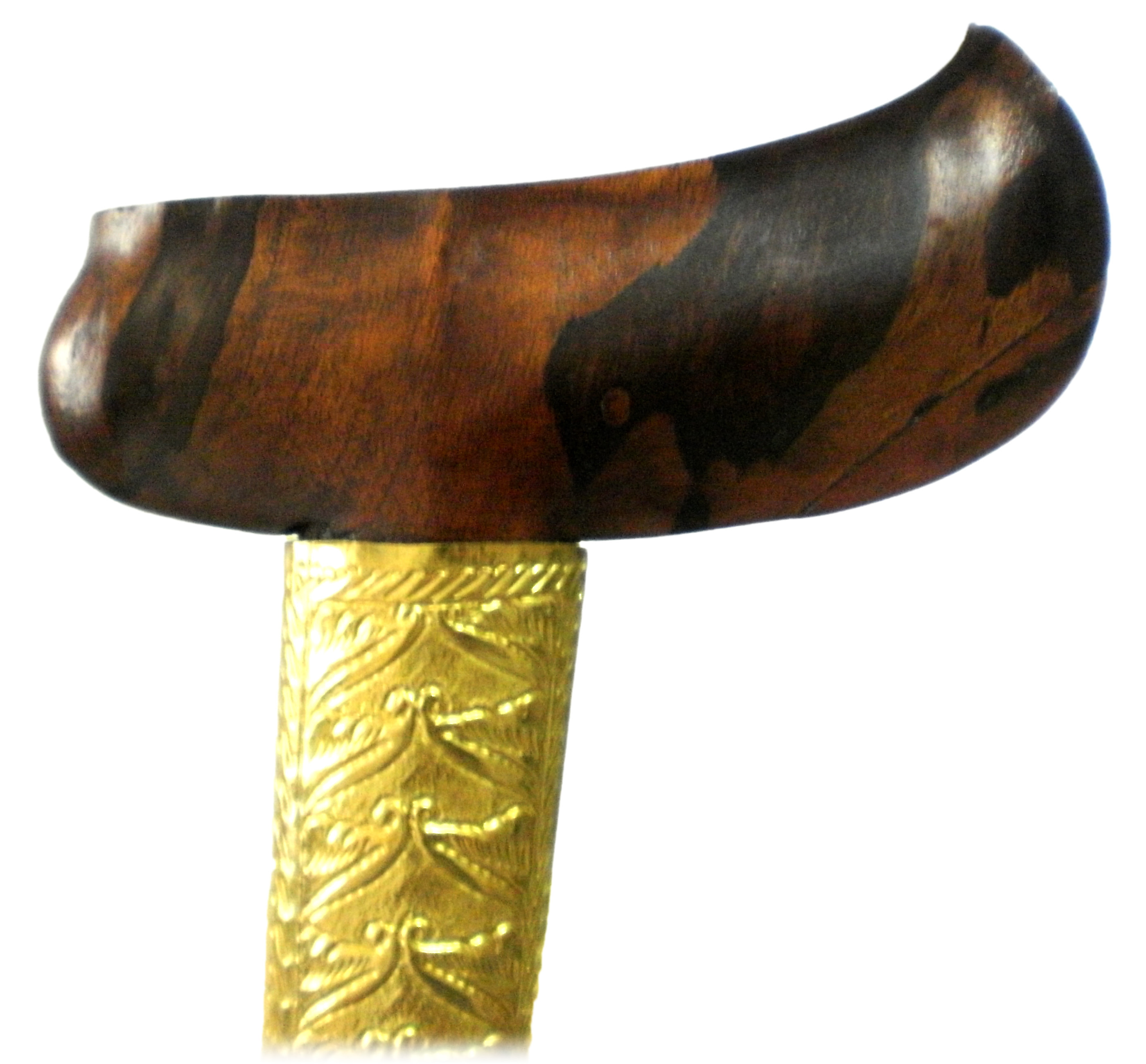 As a classic pusaka heirloom keris, the keris Kalamunyeng comes with a beautiful hand carved warangka sheath in the traditional gayaman model of Surakarta (Solo). In addition, it is given an exquisite pendok cover made from ancient brass featuring a traditional gaya Surakarta decorative motif engraved on the exterior surface. 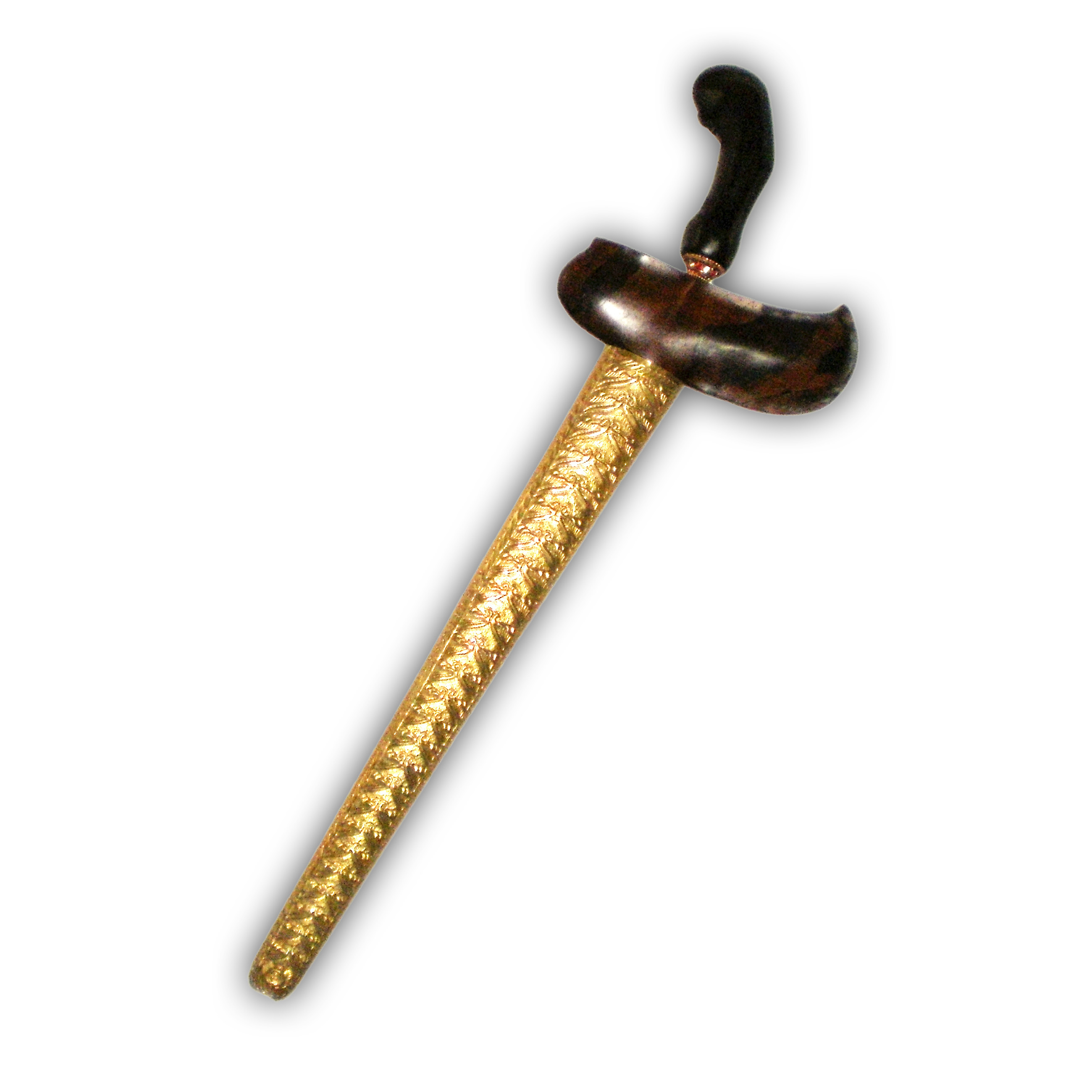 View this keris in our store here: Keris Kalamunyeng: ‘The Spinning Dapur of Sunan Giri’