The keris Sepang is a traditional pusaka heirloom of olden times, featuring an ancient dapur (model) which has a classical straight, thick and heavy blade. However, the dapur Sepang certainly is not just an ordinary model, for indeed, the ricikan of this keris are quite unusual – very unique to say the least. 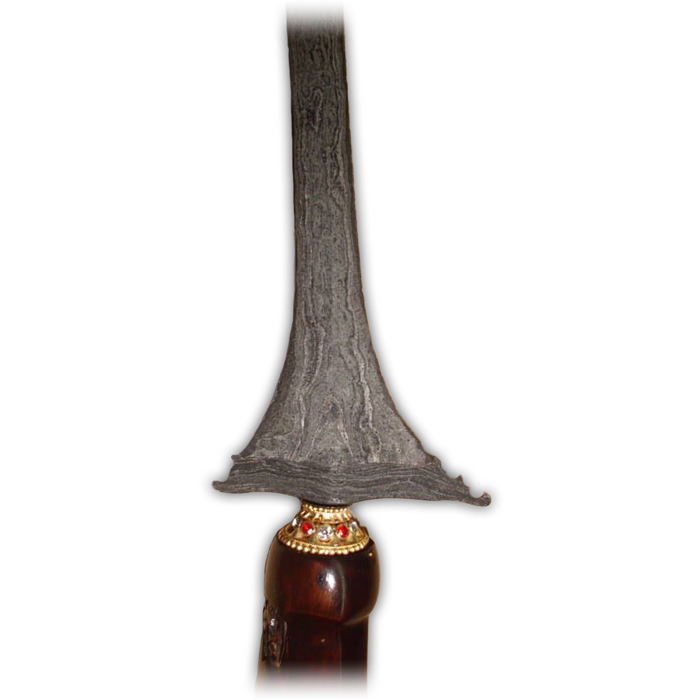 What is striking about the dapur Sepang is that it does not have a so-called ada-ada. Though the fact that this rare and unique dapur also does not feature a gandik is perhaps even more remarkable. As a result, the shape of the blade seems to be almost symmetrical. For the rest of the ricikan, it only has a tingil, and on the ganja there is ron dho and kanyut. 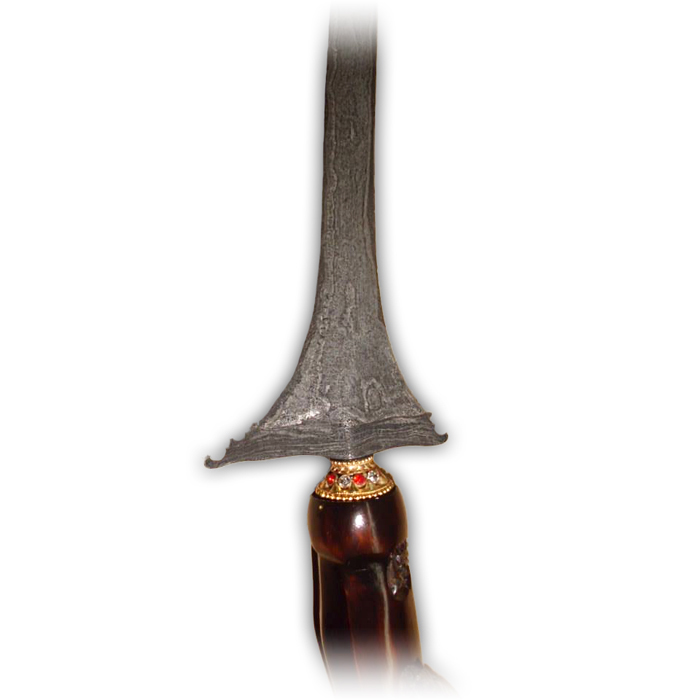 Though the design of the dapur Sepang is indeed minimalistic, yet among keris collectors the keris Sepang is especially valued for its esoteric powers. It is generally believed, that the keris Sepang possesses powerful mystical properties which contribute to a harmonious and peaceful relationship among the members of the household where the keris is kept. More precisely, the mystical power of the keris Sepang can help to create and maintain a successful marriage and a happy family life. In addition, it is said that this ancient dapur boosts fertility, which can provide a couple blessings to get pregnant fast.

The philosophical meaning behind the keris Sepang goes hand in hand with that of its pamor pattern – the delicate Pedaringan Kebak motif, which is believed to provide sustenance. As such, pamor Pedaringen Kebak represents a surplus of wealth. It can be seen from the blade how delicately the pamor is forged; the gracious pamor pattern covers the entire blade, including the ganja and pesi. 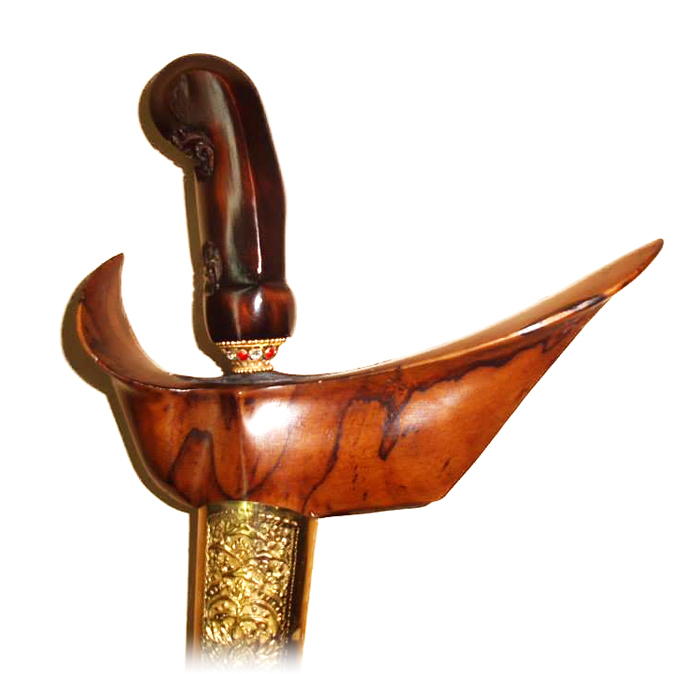 An authentic pusaka heirloom keris of this caliber naturally comes with a luxurious sheath, namely a warangka Branggah Yogyakarta. Furthermore, the warangka is hand-carved by a skilled mranggi, who made the sheath from holy Timåhå wood. The warangka of this antique keris Sepang is placed in a classical Javanese pendok (cover) made from ancient brass.